You can e-mail your records to me at mailto:GlosterBirder@gmail.com please also copy the County Recorder, Richard Baatsen at mailto:Richard.Baatsen@Gmail.com. You can also use the form in the Contact menu. Click here for alternative online record submission for the County Recorder (not for this site). In the absence of updates you can tweet your sightings on Twitter with #GlosBirds. Thank you.

Please send your Dragonfly and Damselfly records with grid ref to Richard Mundy at mailto:glos.dragonflies@gmail.com

You can find a Lockdown Mystery Bird Quiz to keep you occupied here.

Posted in Uncategorized | Comments Off on

Stonehouse     A Dipper on the River Frome at 11:30am. Also two Green Sandpipers, two Grey Wagtails and a Treecreeper. (MK).

Cotswold Water Park     Two Egyptian Geese in a field behind a barn just past the village hall on the side road between Somerford Keynes and Coke’s Pit, not the main road, at 4pm. (Ken Heron). A Peregrine on a church this morning. (Chris Snook).

Posted in Uncategorized | Comments Off on Tuesday 2nd March 2021

Frampton     A CACKLING GOOSE with Canada Geese and Greylags on the flashes N of Splatt Bridge this morning until 11:15am at least. Also a Bar-tailed Godwit, 48 Curlews, 11 Redshanks and Cattle Egret this morning. A Treecreeper in the hedge at Saul Warth. (Gordon Hodgson/MK). 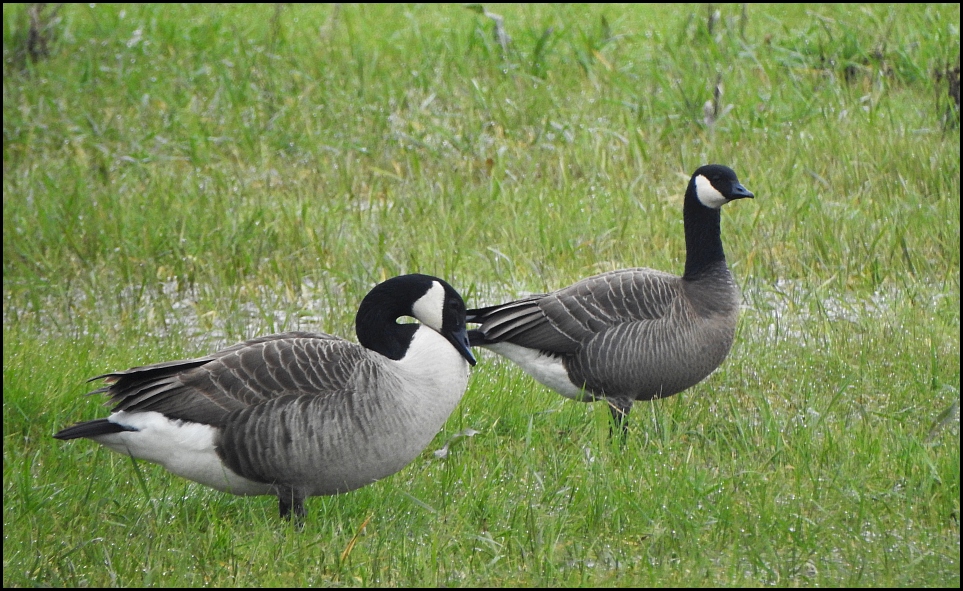 Two adult SPOONBILLS circled the Sailing Lake at 10:40am. (MK).

Quedgeley     A Little Egret back on Dimore Brook this morning. (Paul Masters).

Stonehouse/Eastington area     Two Little Egrets and three Grey Herons in the field below Bond’s Mill. Another Grey Heron, two Grey Wagtails and a Dipper on River Frome at the Churchend end of Millend Lane. Another Dipper at Millend Row and a third Dipper singing at Beard’s Mill. A male Blackcap singing at The Ocean and 40 Redwings in several small flocks. At least 100 Pied Wagtails at Stanley Downton Sewage Works. (Nigel Birch). Along the canal opposite Wycliffe college a Treecreeper, a Grey Heron and a female Sparrowhawk. A Goshawk high over Leonard Stanley later. (Paul Sutton).

Forest of Dean    15 Siskins and 13 Lesser Redpolls at the garden feeder today at May Hill. (Rob & Gillian Guest). 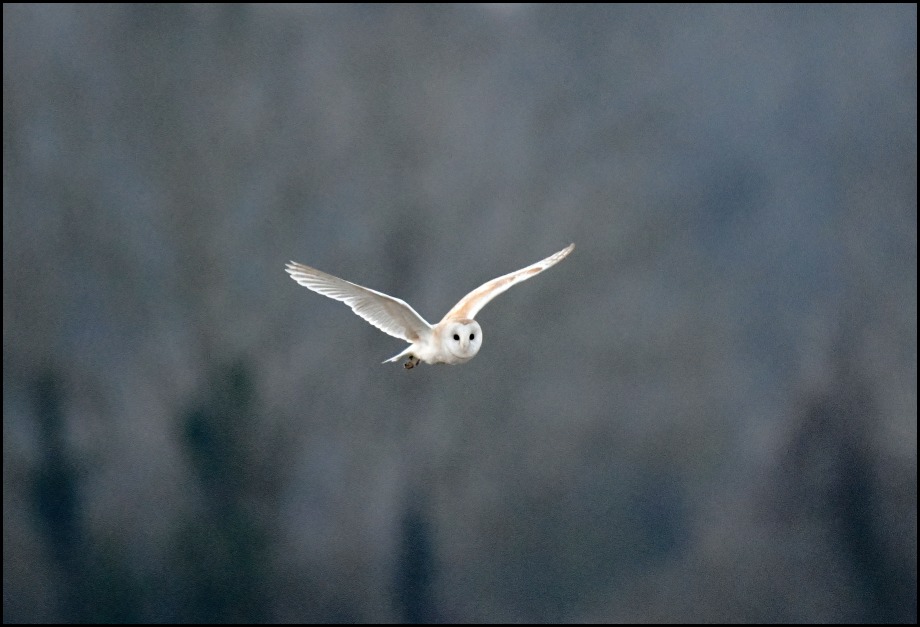 Posted in Uncategorized | Comments Off on Monday 1st March 2021

WWT Slimbridge    A 2cy BONAPARTE’S GULL early evening, bathed and preened for c20 mins, then flew out to the Severn with a flock of Black-headed Gulls. (Martin McGill).

Quedgeley    Along Lower Rea today and the canal path to Rea bridge three Buzzards, two Ravens, a Kingfisher heard by the river, six Cormorants, ten Pheasants, three Song Thrushes in song, a Blackcap, a Green Woodpecker, two Great Spotted Woodpeckers, nine Moorhens and a Canada Goose. Also a OTTER seen in the Severn dragging a large fish to the opposite bank. (Steve Pullen).

Fairford     This morning two Oystercatchers flew in, calling, and landed in the flood meadow on the NW edge of Fairford beside the Coln. (John Durell).

Dursley     A Red Kite over Rockstowes at noon. (Phil Pope).

Stratton     A Red Kite flew over this afternoon. (Ken Cservenka).

Stonehouse     In a copse between the Sports Ground and the A419 two Great Spotted Woodpeckers and a Treecreeper. A Cetti’s Warbler calling at The Ocean. Three Dippers at Beard’s Mill, on the River Frome between Bond’s Mill and Beard’s Mill and at Millend Lane. A Chiffchaff singing near Eastington Park and one at Millend Row, also two in a hedgerow alongside the stream at SO786050. Two Grey Wagtails at Millend Row, three Little Egrets in a field near Beard’s Mill and one flying over near Eastington Park. Ten Redwings at Meadow Bridge, Eastington and a Cormorant near Millend Lane. (Nigel Birch). A Cetti’s Warbler singing near Downton bridge this morning. (Simon Spedding/Paul Sutton). At Ryeford a Kingfisher, a pair of Great Spotted Woodpeckers, a Jay, a Cormorant and a Buzzard. (Paul Sutton).

Posted in Uncategorized | Comments Off on Sunday 28th February 2021

Cotswolds     A LONG-EARED OWL found today but flew off into nearby woods. (Jamie Warren).

Gloucester     A Goshawk circling near the cathedral this morning. Also two Peregrines. (Gareth Jones). Three pairs of Buzzards today at 12:20pm between Telford’s Bridge and the railway line. (Robert McAllister).

Cleeve Hill     This morning a Marsh Tit just above Prestbury and a MERLIN was panicking the Skylarks at the Iron Age fort. (Jeremy Squire).

Frampton     At the pools four Goldeneyes (3m), four singing Blackcaps, a Cetti’s Warbler, two Oystercatchers, 89 Tufted Ducks, two Gadwalls, 12 Mallards, 68 Greylags, seven Canada Geese and a Raven. (Nick Goatman). On Splatt flashes five Little Egrets and a Cattle Egret at 11:27am. In the ridged field next to 100-Acre a WATER PIPIT and two Common Cranes further down the canal. Two BRENT GEESE (subspecies not noted) flew from the Slimbridge area and then returned there. (Ken Heron).

Stonehouse     At Bridgend this morning a pair of Goldcrests near the old Wycliffe boat house, a pair of Grey Wagtails at the double lock and another pair at the weir on the Frome, off the cycle track, a Treecreeper with a small mixed tit flock and a Great Spotted Woodpecker over. At Stanley Downton, three Buzzards, three Cormorants, a Great Spotted Woodpecker, a Green Woodpecker, six Roe Deer and a Small Tortoiseshell butterfly. This afternoon in Beard’s Mill field two Green Sandpipers, a Dipper, a Buzzard, a Green Woodpecker calling, a Cormorant and a female Sparrowhawk. (Paul Sutton).

Posted in Uncategorized | Comments Off on Saturday 27th February 2021 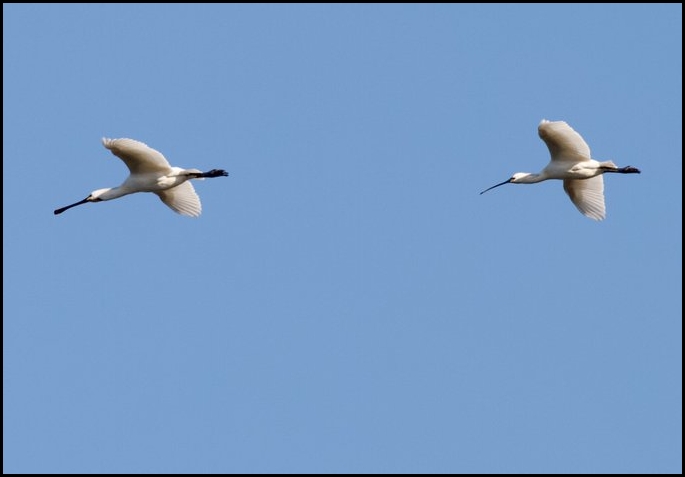 Coombe Hill Meadows     This morning from the Grundon hide 100+ Pintails, 100+ Wigeon, 70+ Shovelers and 300+ Teal. Also 20+ Tufted Ducks, a Great Crested Grebe, 40+ Lapwings, three Dunlins, four Redshanks, six Ruff, a Peregrine and a Goshawk over. Along the canal path c50 Fieldfares and Redwings, a Reed Bunting, a pair of Bullfinches and a Kingfisher. (Mark Longland). 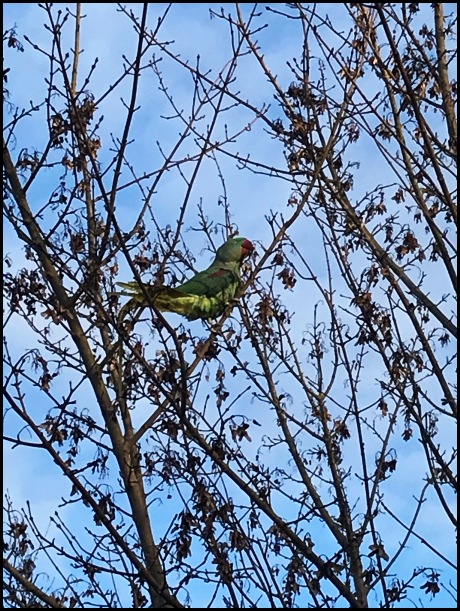 Stonehouse/Eastington     A Little Egret in a field below Bond’s Mill. Three Redwings flying over at the Ocean. A Raven calling at Beard’s Mill. Four Siskins in trees fringing the Rive Frome at Meadow Mill, Eastington SO779060. (Nigel Birch/Martin Wright). From Eastington to Stanley Downton Sewage Works along the River Frome two Grey Wagtails, five Chiffchaffs, a Kingfisher, two Little Egrets, four Buzzards and a Cormorant. A second hand report of a pair of Lesser Spotted Woodpecker at Pike Bridge this morning. (Bob Hindle). Near Beard’s Mill a Little Egret, a Grey Heron, a Green Woodpecker calling, two Green Sandpipers, a pair of Grey Wagtails, 11 Buzzards, a Cormorant over, a Dipper at the weir, a Raven and a male Kestrel. (Paul Sutton).

Cheltenham     At Naunton Park, the first garden Chiffchaff of the year and another singing nearby. A singing Blackcap and five Common Gulls on the playing field. (Steve Brown).

Posted in Uncategorized | Comments Off on Friday 26th February 2021

Nailsworth     At least 12 Lesser Redpolls in the garden this morning. (Terry Grant).

Posted in Uncategorized | Comments Off on Thursday 25th February 2021

Frampton     Two PALE-BELLIED BRENT GEESE on the flashes N of Splatt Bridge at 10am. At 10:20am they flew down onto the River Severn and out of view. (MK). Earlier a male MERLIN, a Peregrine, a Little Egret, 20+ Curlews and two Snipe. (Gordon Hodgson/MK).

On the Sailing Lake at 9am two Goldeneyes. (MK). On Court Lake a pair of Oystercatchers today. (Nick Goatman/Martin Price).

Siddington     A Red Kite over this morning at 8:20am. (Richard Williams).

Forest of Dean     A pair of Siskins and a pair of Bullfinches at Lydbrook this morning. (Wes Hayfield).

Posted in Uncategorized | Comments Off on Wednesday 24th February 2021

Frampton     From Splatt Bridge towpath this morning 118 Woodpigeons through NE in loose groups along with a Red Kite, a Cattle Egret and a Kestrel also NE. A MERLIN on the foreshore and another Cattle Egret at Saul Warth. (Gordon Hodgson).

Aylburton Common     A Red Kite flew over the garden mid morning today. (Martin Vaisey). It or another was seen in Lydney. (@stralachlan).

Rodborough Common     A Red Kite flew over this morning at 11:10am, then flew on towards Amberley/Minchinhampton. (Nigel Denman).

Nailsworth     A pair of Long-tailed Tits nest building in the garden and a pair of Robins prospecting. (Terry Grant).

Posted in Uncategorized | Comments Off on Tuesday 23rd February 2021

Frampton     On Splatt flashes a pair of Shelducks, 11 Redshanks, a Little Egret, three Buzzards, a female Sparrowhawk, a Raven, a Fieldfare, a female Stonechat, six Skylarks, a Cetti’s Warbler and a male Reed Bunting. Seven Shelducks, nine Curlews and a Chiffchaff on Saul Warth. (MK). On the Sailing Lake this afternoon, a male and female Goldeneye. (Nigel Tucker). The regular Tawny Owl roosting in Court Field today still. (Sue Beynon).

Stonehouse     Two Dippers below the canal between the railway line and Bonds Mill on the diverted channel. In fields below the canal near Bonds Mill a Mistle Thrush, a Green Woodpecker, six Cormorants, two Buzzards and a Little Egret. A pair of garden Blackcaps at Bridgend.(Paul Sutton).

South Cerney     A Treecreeper in a sycamore today. (Bruce Kettle). 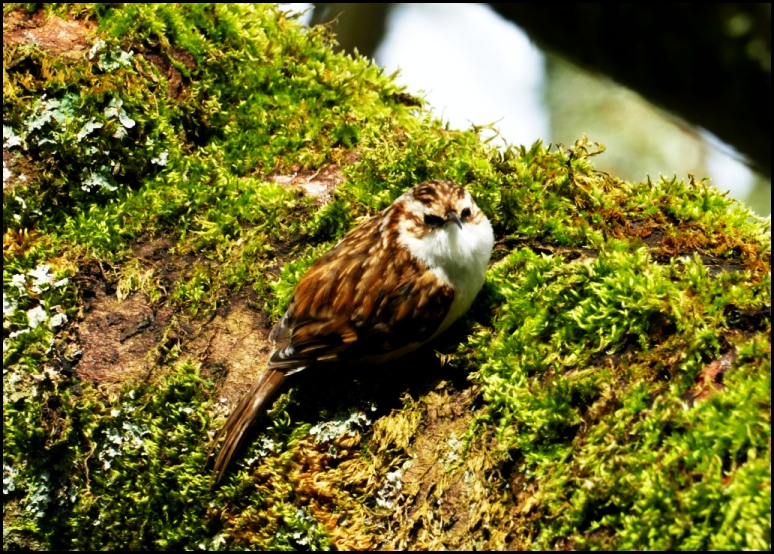 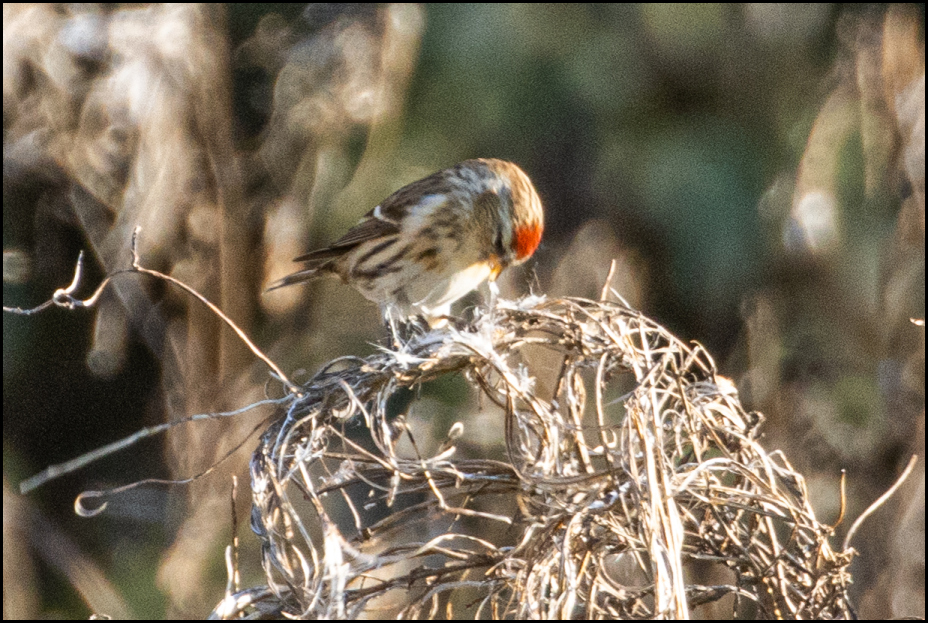 Posted in Uncategorized | Comments Off on Monday 22nd February 2021

Woolaston     The GLAUCOUS GULL has returned to fields near Woolaston today at 11am. (Martin Vaisey). 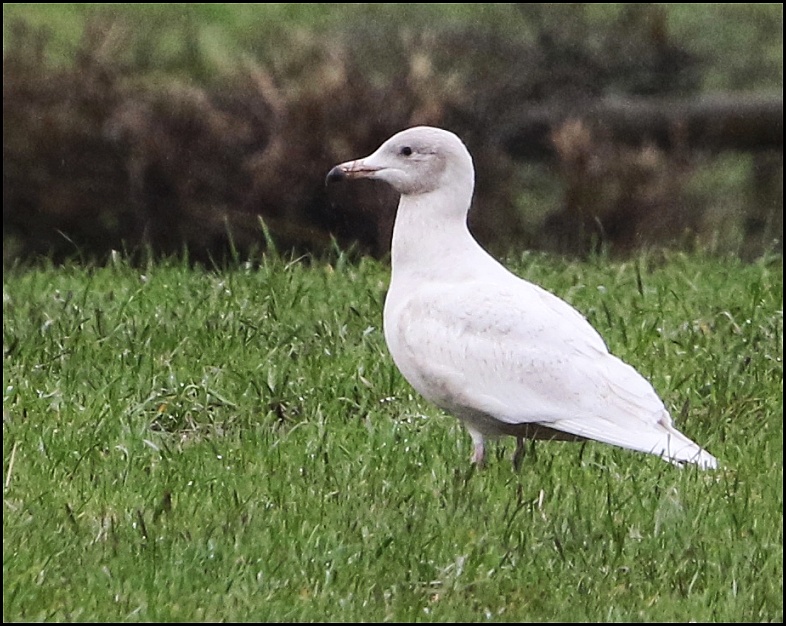 Sharpness     The SHAG still at the docks today. (per Sharpness Port Wildlife FB).

Nailsworth     At Ruskin Mill a Water Rail, a Kingfisher and a Grey Heron chased off a Little Egret. (Dave Abrams). 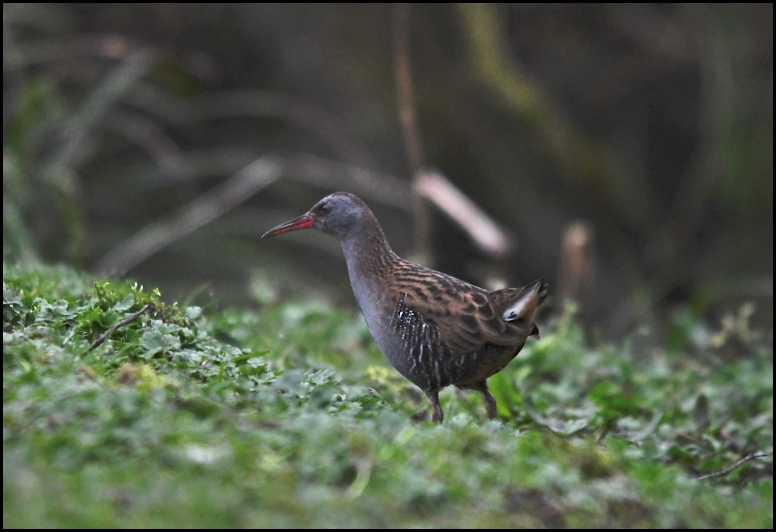 Cheltenham     At Naunton Park, from the garden a Red Kite, a Grey Wagtail and a Song
Thrush, all unusual here. Also two Long-tailed Tits and a Raven near the Norwood Arms. (Steve Brown).

Painswick    A Red Kite flew over the 15th hole of the golf course at 4pm today. (Simon Hart).

Hardwicke    This morning, S of Sellars Bridge, a Cormorant fishing on the canal, a Little Grebe, a male Kingfisher, five Song Thrushes, two Greenfinches, three Linnets, a Chiffchaff and a small flock of Redwings opposite Haywicks Farm. (Sue Beynon).

Cam     A Blackcap singing in the garden today. (Magnus Carter).