Forest of Dean     Three Crossbills over the car park at Speech House, then at
Crabtree Hill c250 Lesser Redpolls, and at least one MEALY REDPOLL. At New Fancy View four Bramblings flying past and an adult male Goshawk perched. (Keith Vinicombe). Two MEALY REDPOLLS and c140 Lesser Redpolls were rung today at Crabtree Hill and  possibly 1000 Redpolls moved through during the day 8am-5pm so can’t be sure if the Mealies are still around. (Rob Husbands/Nat Roberts). 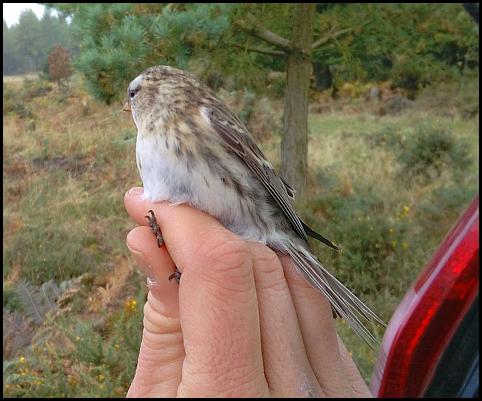 Bromsberrow     A HOOPOE flew across the westbound carriageway 0f the  M50, just before Junction 2 this morning and landed in a tree opposite. (Emma-Louise Cole).

Uckington     A MERLIN this afternoon at 2:20pm over fields behind the House in the Tree Pub to the east of Withy Bridge Lane. (Gordon Avery).

Purton     Two Tawny Owls first heard then seen together in same tree at 6:30pm by the Timber Ponds. (Paddy Doyle).