Posted on September 17, 2017 by The Gloster Birder

Ashleworth Ham     This evening a Ring-necked Parakeet in tall trees at Stonebow Farm before flying off E chased by Jackdaws. Near at Hartpury three Barn Owls at dusk. (Andy Jayne).

WWT Slimbridge    The Red-breasted Goose, of unknown origin, on the Top New Piece and a Curlew Sandpiper on South Lake. (Paul Masters/Mark Hobson).

Kingswood     Two Little Owls in the barn behind Kingswood House from 3pm to 5:30pm at least. (Tom McCarthy). Pic by Tom. 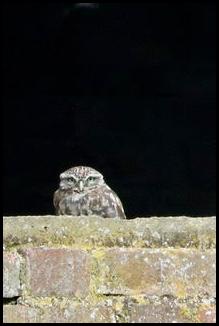