Sharpness     The BLACK REDSTART on the roof of a disused office on the far side of the docks at 1pm. Also two Redwings, 12 Song Thrushes and at least 15 Blackbirds feeding in the grass in front of the houses in Dock Road. Also in the garden at feeders a Marsh Tit, a Nuthatch and ten Long-tailed Tits. (Roy & Margaret Jellings).

Bourton-on-the-Water     A Barn Owl hunting over a field in the snow mid-morning S of Bourton. (Keith Jennings). 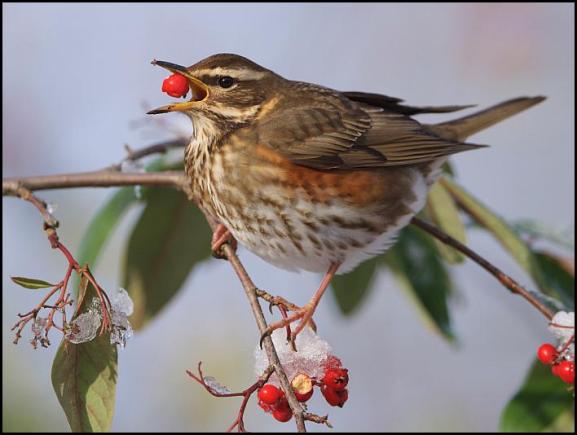