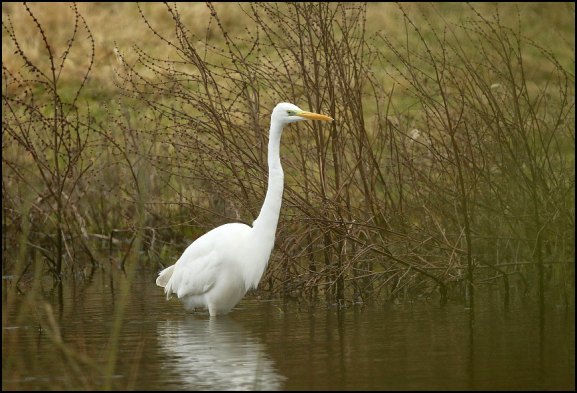 Another Great White Egret on Pit 41. (Duncan Dine). On the County border at Wickwater Farm this morning at first light eight Swallows stayed around for about an hour then moved on. Also during the day a pair of Bullfinches, a Kingfisher, a pair of Great Crested Grebes, a Buzzard and Long-tailed Tits. (Josh Adamms).

Frampton pools     A Cattle Egret, Little Egrets, c20 Sand Martins, a Kingfisher, a Tawny Owl and two Oystercatchers at the pools and a Sparrowhawk at Splatt Bridge. (Nick Goatman/Richard Williams).

Forest of Dean     A first-year Sparrowhawk hiding in the arbour in the hope of catching one of the large flock of 30+ Goldfinches, 20+ Siskins and five Lesser Redpolls in the garden at Blaize Bailey but rarely successful. (Peter Boorman & Lynne Mayers).