Gloucester     The YELLOW-BROWED WARBLER at Alney Island again today, around the leafless trees near the Lock House at SO823183. (Mark Hobson). Pic by Mark.

Cotswold Water Park West     The YELLOW-BROWED WARBLER still briefly at 9:30am by the stream junction at Pit 44 then flew across the road with a Chiffchaff. (Steve Brown). A Goosander still at Pit 65, also a Bullfinch. A Great Spotted Woodpecker sunbathing at Pit 57, a pair of Goldeneye on Pit 58 and three pairs of Red Crested Pochards on Pits 46/48. (Ken Burrows). Pics by Ken.

May Hill     This morning a LESSER SPOTTED WOODPECKER high up on May Hill and a Meadow Pipit display flighting at the top of the Hill. (Rob & Gillian Guest).

WWT Slimbridge    A MEDITERRANEAN GULL on the causeway at South Lake again this morning. (Ken Mihill). Three Knot on South Lake amongst the 549 Black-tailed Godwits from Hogarth hide this morning. (Les Ditchburn/Paul Dunham). Pic by Paul. 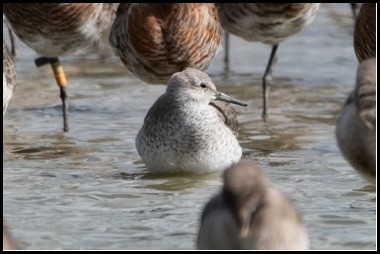 Halmore    A Barn Owl hunting in the lane this evening. (Chris Newton). 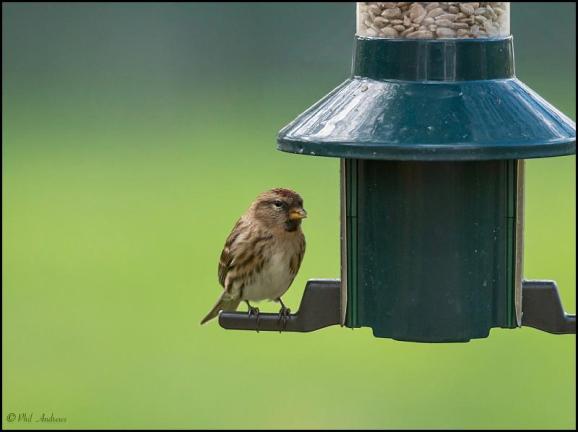