WWT Slimbridge     On the Tack Piece the female Ruddy Shelduck with Shelduck still from Robbie Garnett hide. Also four Green Sandpipers, three Little Ringed Plovers including a fledged juvenile and another adult Little Ringed Plover from Stephen Kirk hide. Members of the public and WWT members must pre-book online to visit so numbers can be managed. (Slimbridge Sightings).

Longlevens     A male Bullfinch feeding in the garden again today at 9am. (Pam & Frank Bryant). 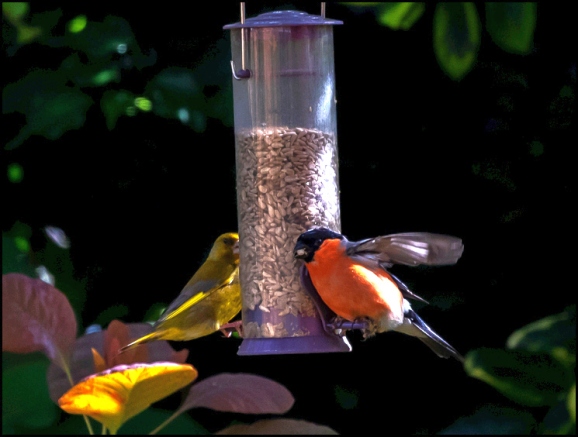