Halmore     Four Common Cranes heard at 7:30am in a field of newly-cut barley stubble at SO701029 and then seen circling before flying off south. (Chris Newton). Pic by Chris. 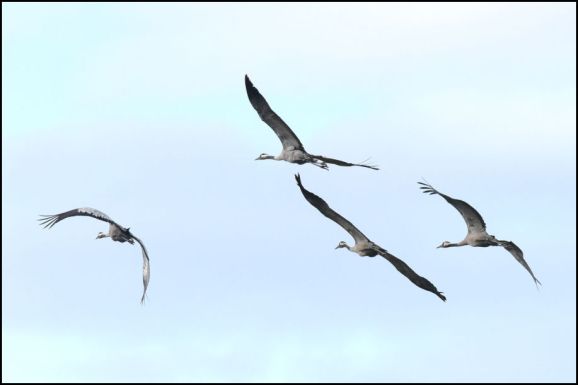 Frampton     Early morning a Crossbill in the the Ash trees at Splatt Bridge, flew towards the church and then returned. (Martin McGill).

Purton     This morning five Common Terns flew S and then an Arctic Tern spent 10 minutes off of Tites Point before heading E towards Slimbridge. (Francis Steuck).