Stinchcombe Hill     A Wheatear and a Swift this morning. (James Robinson). A male Redstart and an adult Spotted Flycatcher feeding a youngster. (Paul Rich).

Purton     This morning four Yellow Wagtails, a Tree Pipit, a Grey Wagtail and a Snipe overhead. A Spotted Flycatcher and three Willow Warblers in the bushes. (Francis Steuck).

Sharpness     A Redstart in the bushes at the picnic site this morning. (Andy Jordan). Also a Lesser Whitethroat and a Sedge Warbler. (Geoff Moyser).

Cleeve Hill     Early morning a male and a female Redstart, a Wheatear and a Stonechat. (Duncan Dine/Andy Wiggins).

Hucclecote     A juvenile Sparrowhawk in the garden this morning and yesterday. (Harold Smith). Pic by Harold. 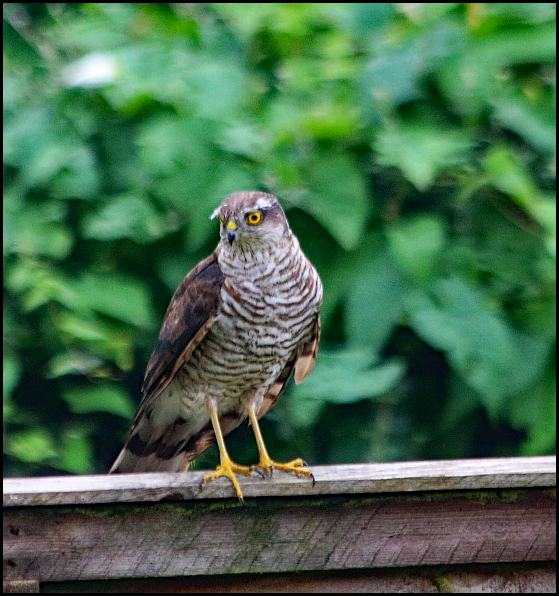