Dymock     The first male Blackcap in the garden this winter, feeding on apple. (Nick Fairburn). 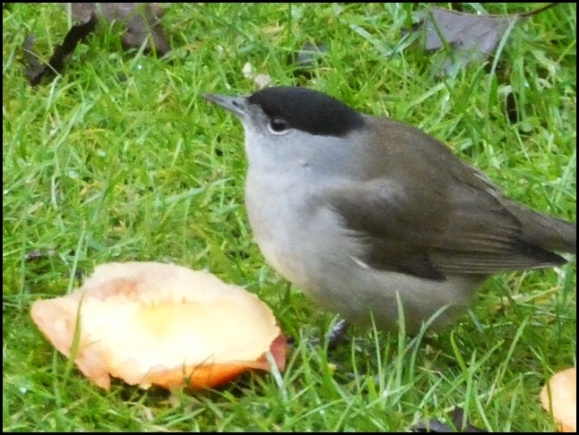