Cheltenham     A male Kingfisher by the Boat House in Pittville Park this afternoon. (Duncan Dine).

Frampton     A Merlin perched up at the N end of Splatt flashes at 8:30am. Also a Marsh Harrier, 25 Lapwings S, a Stonechat, two Great Spotted Woodpeckers, 20 Goldfinches and six Meadow Pipits. (MK).

WWT Slimbridge     A Merlin from Van de Bovenkamp hide at 12:15pm. A BITTERN in front of the reedy island N of the hide at 12:45pm. Also a Great White Egret, a Snipe, three Snow Geese, a Kingfisher, a Raven and a Water Rail. (MK).

Forest of Dean     At Parkend Church a female Hawfinch, a female Crossbill and a female Brambling. (Paul Woolams). 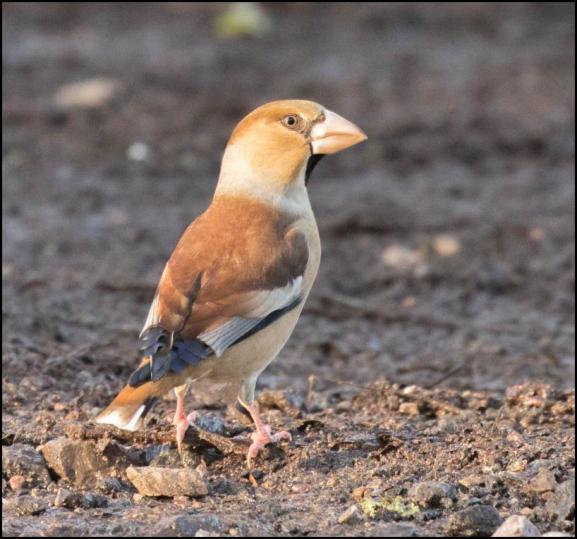 Cirencester     This morning a Peregrine flying away from the tower of St Johns Church. Later a Buzzard on the top of the tower. (David Norman).

Brockeridge Common     A Woodcock, two Snipe, 1 or 2 Meadow Pipits, a Blackcap in the mistletoe and 2 or 3 Yellowhammers. (Mike Smart).

Woodchester    Up to 50 Siskins in Woodchester Park by the first lake below the mansion today. Also 70+ Redwings at the Nympsfield entrance to the park. (Paul Skirrow).