Ashleworth Ham     The YELLOW-BROWED WARBLER in Meerend Thicket either behind the hide or in the trees to the right of the hide (if you are facing it) until 3:30pm at least today. It can be elusive, is almost always solitary and only calls very infrequently.(Paul Rich/Martin Greenish/John Overfield/MK/Roberta Goodall). Also a Red Admiral today. (Ian Hull).

Gloucester     Ten WAXWINGS on the crest of the Wheatway near Morrisons, Abbeydale at 2:30pm. (John Auld).

WWT Slimbridge     The Dark-bellied Brent Goose on the Dumbles at 11am. (Paul Masters).

Forest of Dean     A redhead Goosander at Woorgreens Lake this afternoon. (Ken Burrows). Pic by Ken. 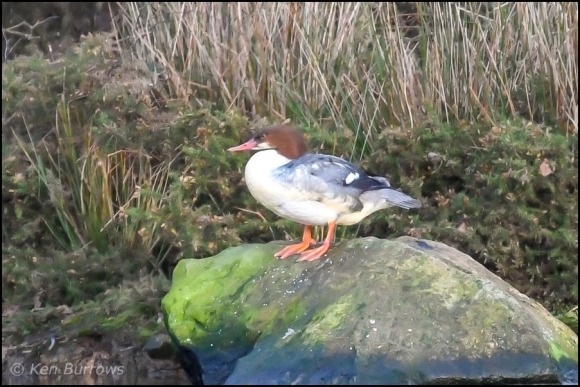