Forest of Dean     A pair of Crossbills at dusk at New Fancy View. (Pete & Marjo Lewis). 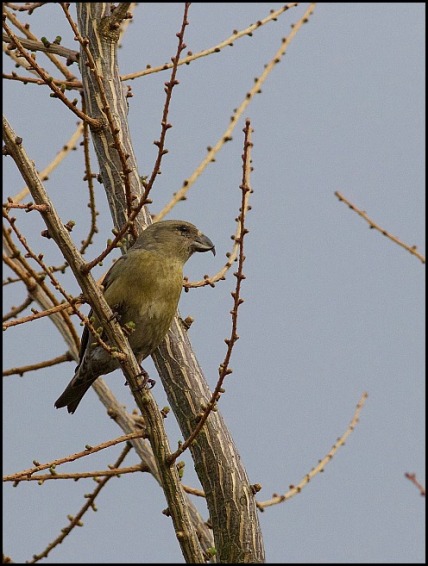 Symonds Yat     From Yat Rock viewpoint, the Peregrine pair were sat in a tree and a pair of Canada Geese occupied a large hollow high on the cliff face, with a third bird nearby. (Pete & Marjo Lewis).

Upleadon     This afternoon by the entrance to GWT Collin Park Wood, a Jay seen sat up in a tree mimicking the call of a Buzzard. In the wood a Treecreeper seen and several Nuthatches heard, also a Great Spotted Woodpecker drumming. (Andy & Sue Gibbons).