Aylburton Common     A pair of Spotted Flycatchers in the garden this morning using wires as vantage point to spot insects flying around a mature Ash tree. (Martin Vaisey). Pic by Martin. 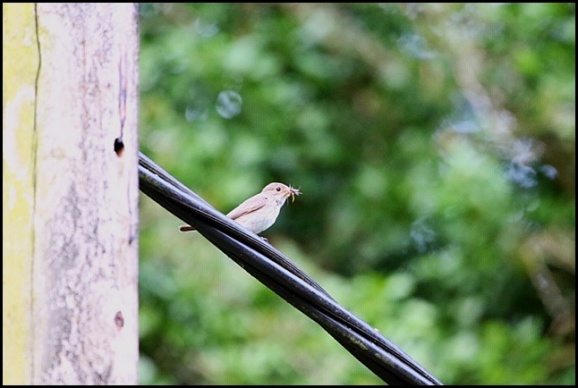