Forest of Dean     A juvenile Crossbill at May Hill at SO695214. Other birds included male and female Redstart, Tree Pipits, a Willow Warbler, a Stonechat, Linnets and a Mistle Thrush. (David Dexter). Pic by David. 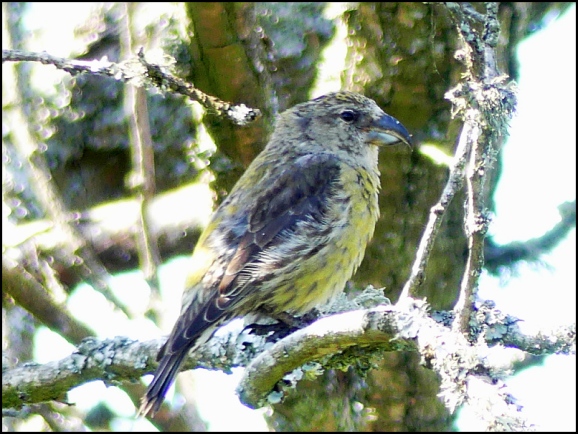 Cleeve Hill     This morning a Yellowhammer, a Jay, a Great Spotted Woodpecker, a Tree Pipit, a Bullfinch, a Cuckoo and a pair of Redstarts. (Dave Collins).

Gloucester     A Red Kite over Hempsted today at 11:10am. (Dean Lord). A Red Kite flying low and circling over Eastern Avenue at 4pm. (James Barradine).

Kings Stanley     Seven Red Kites and five Buzzards and a between Kings Stanley and Stanley Downton near the river during cutting of the meadows this afternoon. (Paul Sutton/Simon Spedding).

Ashleworth Ham     An Oystercatcher pair with a small chick and a Redstart today. (Les Ditchburn).