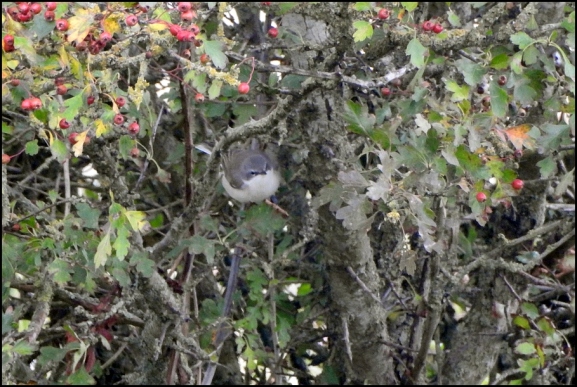 WWT Slimbridge     Two GARGANEYS again on the back of the Top New Piece from Zeiss hide at 10:45am. (Mark Dowie). On South Lake the Spotted Redshank and three Knot still. Also a Kingfisher. Five Green Sandpipers from Robbie Garnett hide and another on the Rushy. (Jonathan Bull/Roberta Goodall).

Forest of Dean    An adult Dipper by the Stoneworks at Cannop Ponds at noon. Also 20 Swallows. (Bettie Sloane). At Woorgreens a Sparrowhawk in hot pursuit of a shrieking Green Woodpecker. (Dave Clarke).

Woodchester Park     A male and female Stonechat feeding at least one young fledgling near the entrance to the park. A large movement of warblers through the Sweet Corn crops by the entrance, Willow Warblers, Chiffchaffs, Blackcaps, Whitethroats and at least one Garden Warbler. (Terry Grant). Pics by Terry.

Eastington (Northleach)     A Common Sandpiper and an adult and young Grey Wagtail on the River Leach S of the sewage works. (Andy Lewis).