Berkeley shore     A Wheatear on the rocks and three Little Egrets in the fields. (Les Ditchburn). 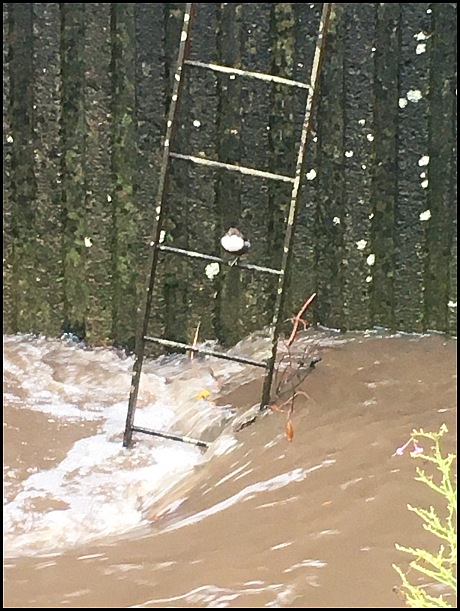