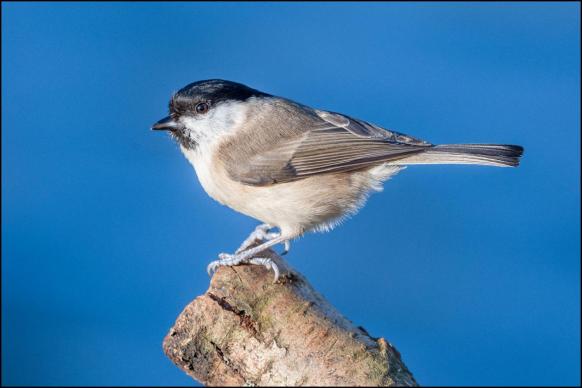 Chavenage Lane     A male MERLIN chasing after a party of Fieldfares and Chaffinches. (Terry Grant).