Bourton-on-the-Water     At 11:20am a GREAT NORTHERN DIVER at SP179200, on the south easternmost lake to the NE of the Rissington Road. Park in the muddy layby just to the NW of bridge over the River Dikler but avoid parking in front of the Thames Water treatment building. (Fraser Morphew).

Slimbridge     At Shepherds Patch the GLOSSY IBIS again by the Dutch barn next to the canal at SO 72740 04303. Please park sensibly roadside or in the free car park before the bridge SO 72895 04128. (Dot Jones). The Peregrine on Slimbridge church again today at 11am and 4pm. (Jon Dexter).

Sharpness     A female/immature BLACK REDSTART at the Dockers Club this afternoon. (Andy Jordan).

Hazleton     50+ Bramblings feeding on grain along the lane to Hazleton where the bend in road is at 90 degrees. Several Chaffinches, Great Tits and Goldfinches amongst them. Nearby a Stonechat at Hawling and several Red Kites in the area. (Alan McIlquham).

Aylburton    This afternoon along Sandford Road a male Goshawk, 60-70 Bramblings and a Stock Dove. (Jonny Gentle).

Southam     A Buzzard and ten Magpies coming to a chicken carcass in the garden. (Graham Ruffles). 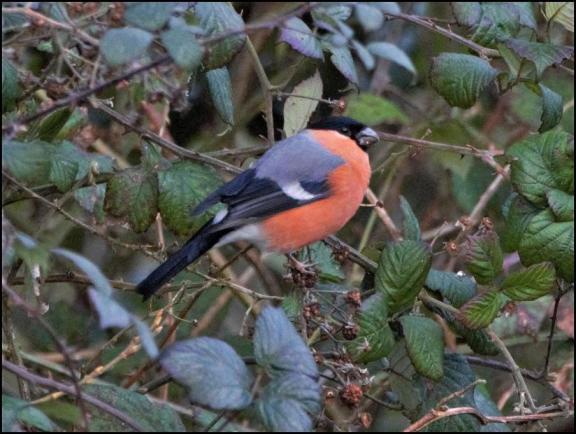