Frampton     At Splatt Bridge this morning, a Cuckoo being harassed by Meadow Pipits, a pair of Yellow Wagtails and a Spotted Flycatcher that flew high N along the canal and kept going. (Gordon Hodgson).

Rodley     A Goshawk at Bollow flew across the Severn to Longney. Also a Cuckoo on the Longney riverbank. (Andy Jayne). 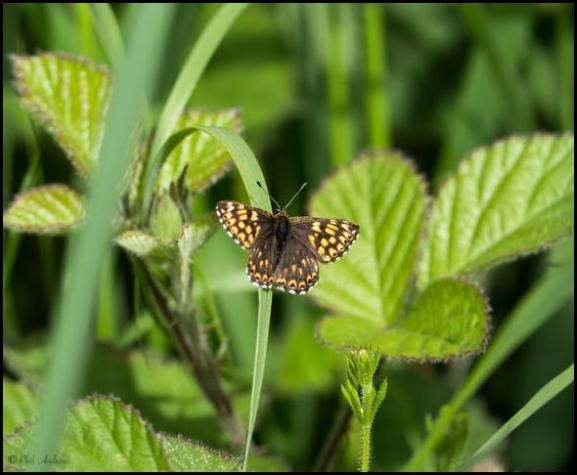 Duke of Burgundy by Phil Andrews