Redmarley     A WHITE STORK preening on a rooftop at Playley Green, Redmarley at 9:30pm. (Jeff Wheeler). Record shot by Jeff. 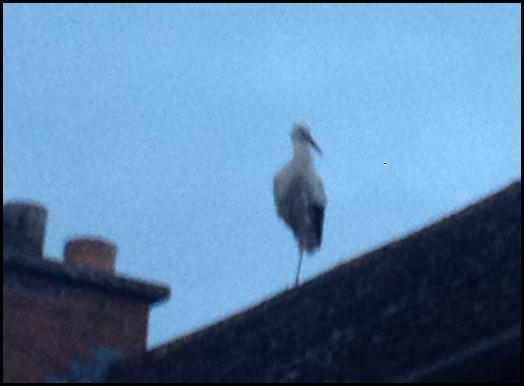