Forest of Dean     A male LESSER SPOTTED WOODPECKER seen and heard drumming at Nagshead this morning. Also c20 Hawfinches at Parkend by the cricket pitch in Crown Lane. (Thomas Winstone). In the Crabtree Hill area today the GREAT GREY SHRIKE was at SO632135. Also at Drybrook Road Station two pairs of Crossbills and a mixed flock of tits with c10 Lesser Redpolls. Nearby at least four pairs of Goosander at Woorgreens lake. (Phil Pope). Also a Crossbill over Crabtree Hill, a Dipper at Wenchford, Goshawk showing well from New Fancy View and Mandarins on Cannop ponds. (R Hopkins & R Petley).

Gloucester     The PENDULINE TIT at Plock Court, Longford still today until 12:45pm at least at SO837204. Also two Stonechats. Wellies essential currently. Please keep a reasonable distance from the bird to allow it to feed in the ponds. (Nick Hilton/R Hopkins & R Petley). 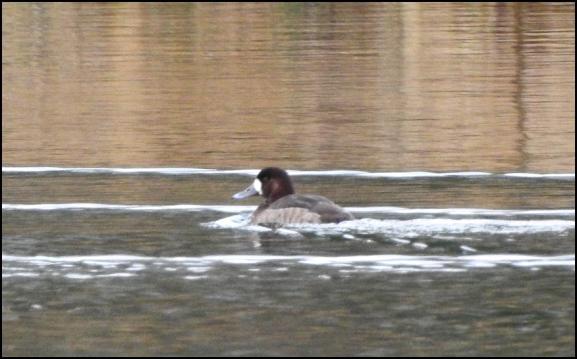 Great Barrington     The GREAT GREY SHRIKE near a barn with log piles along the track from Barrington Bushes trig point SP209163. Please note the Barn is on private land but can be viewed from the public footpath one field over. (Jamie Warren). Also 40 Yellowhammers, a Raven, four Skylarks and 11 Lapwings. (MK). A SHORT-EARED OWL late afternoon hunting the game strips near the Deer Park. (Keith Jennings).

Great Rissington     The ringtail HEN HARRIER hunting the valley viewed from the white gate just SE of Great Rissington opposite the hangars at 1:20pm. (MK). Record shot by Mike.

Sharpness     A COMMON SANDPIPER this morning in the channel down from the NedWest building. Also eight Redshanks and a Curlew. (Roger Gillespie).

Arlingham     The RICHARD’S PIPIT still this morning in the small field with the little hawthorn tree by the river’s edge at SO718118. It also gets in the surrounding fields but doesn’t move far. This afternoon it was favouring the area between two sets of barbed wire fence, between SO72041169 and SO71761183 until 3:11pm at least. Also four Stonechats and four Meadow Pipits also in the area. Park sensibly in Arlingham village. Take the public footpath on the left after Slowwe House (don’t take the Silver Street Project trail). Follow the footpath across the fields until you reach a farmyard (with Alpacas). Go up onto the seawall and follow the Severn Way downriver towards the bird. (Jeremy Voaden/Nick Hilton).

Witcombe Reservoirs     An OTTER fishing on No.1 Reservoir (the large lake) today. Also four Little Grebes, 12 Teal and a Raven over. (Gordon Avery).