Gloucester     The PENDULINE TIT at Plock Court, Longford still today at SO837204 until 3pm at least. Wellies recommended. Please keep a reasonable distance from the bird to allow it to feed in the ponds. Also a male Stonechat, never far from the tit. (MK). Pics by Mike. 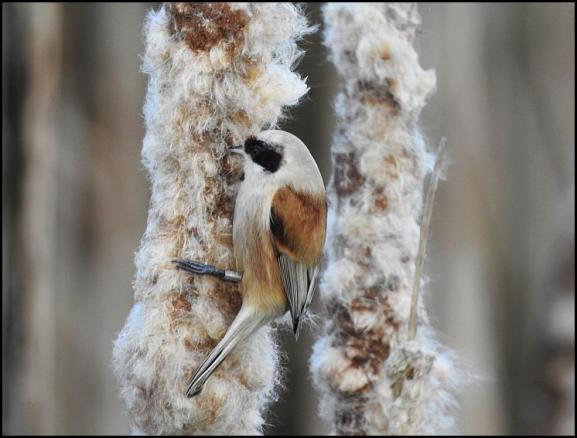 Highnam Woods     Up to four Marsh Tits visiting feeders in the car park with common tit species. Also a Nuthatch, two Treecreepers and five Redwings. Please note the reserve gates are locked, there is a pull-in for a few cars c200yds past the reserve on the left coming from Gloucester. (MK). Pic by Mike.

Cotswold Water Park East     At Kempsford Pit 132 up to 2000 Lapwings, a Peregrine, a pair of Goosanders, two Little Egrets and two Chiffchaffs this morning. (Duncan Dine).

Forest of Dean     The GREAT GREY SHRIKE still at Crabtree Hill and a Goshawk, another Goshawk at Serridge Ridge chasing a Redwing and two Goshawks displaying viewed from New Fancy View at 10am. (Martin Greenish/Ian Hayes).

Fostons Ash     A Peregrine in a stoop near the Fostons Ash Inn at 7:20 this morning. (Michael Cook).

Hardwicke     An unringed Ring-necked Parakeet in a Oak at Quadrant Way at 11:15am and a Brimstone butterfly in the nearby hedgerow at midday. (Michael Cook).