Forest of Dean     A Tree Pipit and 25 Crossbills at Yew Tree Break, two Goshawks over Crabtree Hill and a Hawfinch at Parkend. (Shane Long).

Frampton     This morning on Court Lake 30+ Sand Martins, an Egyptian Goose and a pair of Oystercatchers. (Nick Goatman).

Fretherne     Two CATTLE EGRETS with six Little Egrets in a field N of the road between Fretherne and Arlingham at 8:10am. (Paul Rich).

Standish     A Raven, a garden tick, landed briefly on a tree in the garden and called. (Juliet Bailey).

Coombe Hill Meadows     No access to hides due to flooding. Birds today included a Black Swan, a Skylark, a Chiffchaff seen and others heard, a Buzzard and a Sparrowhawk. Also three Roe Deer. (Luke Clarke).

Tresham     A male Wheatear and 188 Stock Doves in a field near Tresham.

Ozleworth     131 Stock Doves near the Goose Green radio mast near Ozleworth, and 42 Stock Doves in an adjoining field at the same time and 50+ Stock Doves in fields near the Wotton, Dursley, Horsley junction A 4135. Also a Red Kite near Calcot Manor. (Terry Grant). 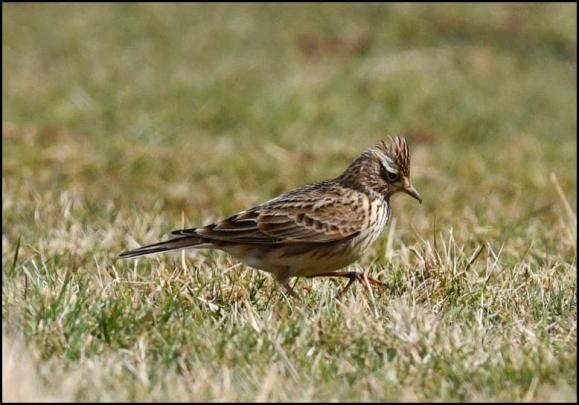