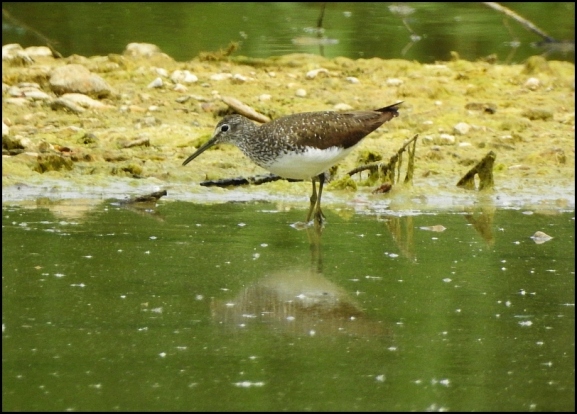 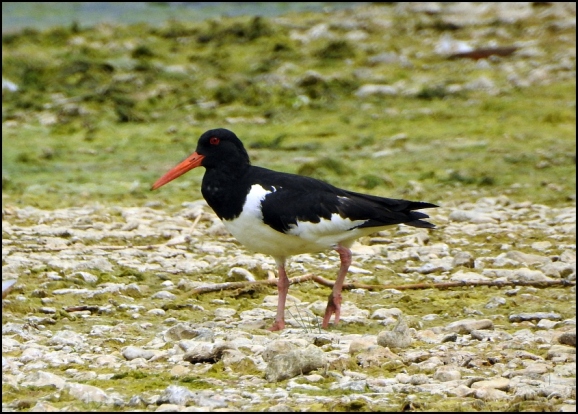 Winchcombe     Two Stock Doves in a neighbour’s garden, one on the bird feeder. (Peter Rodgers).