WWT Slimbridge     This afternoon from Zeiss hide a Greenshank, often obscured by vegetation along the nearside bank; also two GARGANEYS at the far end of the channel seen from the S side of the hide at 2:30pm, then swimming out of sight. On the Rushy at 4pm two summer-plumaged Knot. On South Lake this afternoon the juvenile Great Crested Grebe showed well, in front of the hide. (Andy & Sue Gibbons). A CATTLE EGRET and two Common Cranes, one unringed, on South Lake causeway. Also six Green Sandpipers from Robbie Garnett hide. (Jonathan Bull). Pic by Andy & Sue.

Tewkesbury     The GREAT WHITE EGRET early morning flew along the River Avon and was just up from the Sailing Club on the border for Glos/Worcs. (Sarah Loaring).

Symonds Yat    A juvenile Dipper on a raft of rubbish on the Glos/Hereford border S of Symonds Yat today. (Mark Hobson).

Selsley Common     Between 7-9:30am 414 Swifts flew SW down the escarpment and a juvenile Mediterranean Gull flew N. (Francis Steuck). 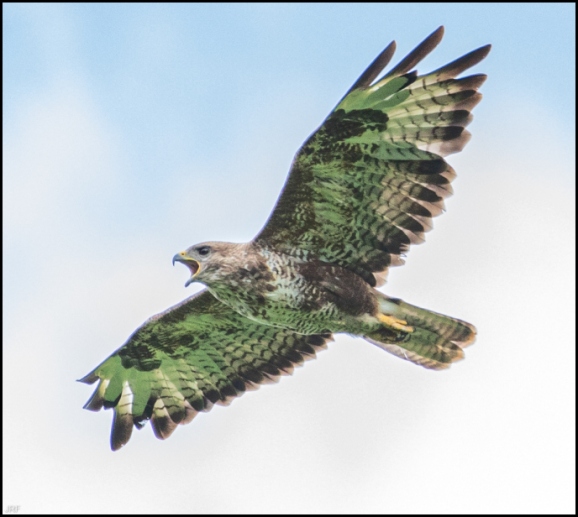