Posted on December 8, 2020 by The Gloster Birder

WWT Slimbridge     A CACKLING GOOSE found at the end of the day with Canada Geese on the Tack Piece. (Neil Smart). 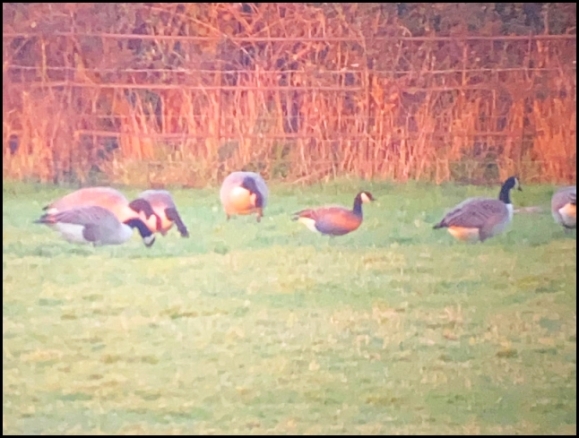 A juvenile Goshawk flew in front of the Robbie Garnett Hide today at 12:30pm scaring everything there. (Paul Dunham).

Frampton     At 10:50am 11 TUNDRA BEAN GEESE flew S downriver high up and descended into the Trust. Later they were seen on the Goose House Ground this afternoon at WWT. Five Pink-footed Geese this morning from Splatt Bridge again until 11am at least. Also this morning a female MERLIN, three redhead Goosanders, a Greenshank, seven Redshanks, 45 Shelducks, two female Teal, two Little Egrets, 25 Meadow Pipits and a male Stonechat. (Gordon Hodgson/MK). Four CATTLE EGRETS over the village early morning. (Gordon Hodgson). 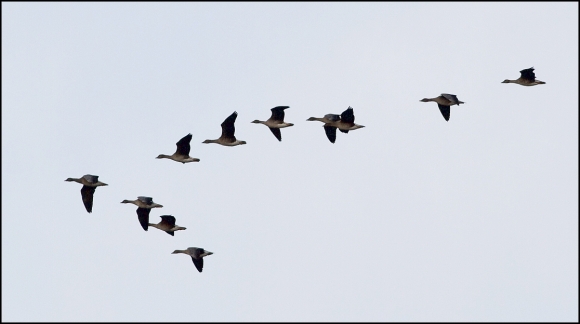 Gloucester     A YELLOW-BROWED WARBLER YBW heard only for the second day in ivy in front of the gasworks in Bristol Road by Dainton Self Storage. (Mark Hobson). The male BLACK REDSTART showing well again on Gloucester Cathedral, usually on the  South Transept. (Andy Jayne). At Alney Island this afternoon a Peregrine, a Sparrowhawk, two Water Rails calling from the reedbed, 300 Jackdaws going over to roost and 20+ Reed-Buntings roosting in the reedbed. The Starling roost is at least 6000 birds, gathering on the electric wires, then going to roost in the reedbed. The Starlings put on a great spectacle from 3:45pm onwards with big aerial movements over Alney Island before funnelling down suddenly to roost in the reedbed. (Mike Smart/Mervyn Greening/Ian Elphick). 91 Magpies roosted at Sudmeadow. Also a Kingfisher, three Chiffchaffs, two pairs of Stonechats, 70 Linnets flew in to roost and 25 Siskins in the alders. (Andy Jayne).