Frampton    The first-winter BONAPARTE’S GULL returned to the Sailing Lake at 1:45pm. (Mark Coller).   If you are coming tomorrow please do not view from the Sailing Club. Please park sensibly in the village and leave exits clear. 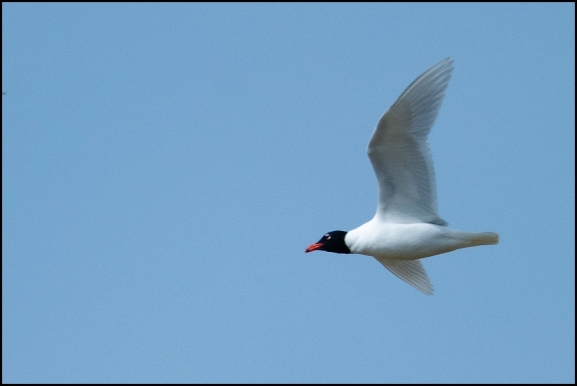 Hawling     At dawn a Barn Owl hunting, a Kestrel, a Buzzard, a pair of Ravens, a male Yellowhammer and a singing Corn Bunting at Southdown Farm. (MK). Two Wheatears this afternoon. (Roberta Goodall).

Forest of Dean     At noon a Peregrine flying W over Forge Hill, Lydbrook. In the garden, a male Brimstone and 3+ Peacock butterflies. (Chris Sullivan). At Brookend, Woolaston a Swallow over the garden. (Ian Gorton).

Kempley Green, near Dymock     A male Brambling in the garden again this morning. (Steve Watts).

Tewkesbury     A Swallow over the river this evening. (Dawn Ballinger).

Fairford     A Swallow flying low over houses in centre of town. (John Durell).

Lower Slaughter     A Swallow over this morning. (Richard Tyler).

Westbury-on-Severn    Sand Martins back opposite Westbury Court Gardens and a Red Kite today. (Gareth Jones). At 3:25pm a Buzzard and a Goshawk flew from S to N. (Neil Tappin).