Coombe Hill Meadows     Two QUAIL calling regularly N of the canal, one heard from the car park at 11am, the second from the footbridge over the canal. Along the canal a Moorhen family and a Coot family; also a Chiffchaff, two Sedge Warblers, two Blackcaps, a Whitethroat and a Reed Bunting, all singing. From the Grundon hide at midday six adult Mute Swans, a Great White Egret, c50 Lapwings, four Green Sandpipers, a Great Black-backed Gull and a Lesser Black-backed Gull, two Grey Herons, an adult male Yellow Wagtail and a juvenile and 3-4 Whinchats (1+ m). (Andy & Sue Gibbons/Ian Hull).

Stonehouse     An adult Peregrine high over the garden at Bridgend at 9:30am, it circled then dived off towards Leonard Stanley. (Paul Sutton). 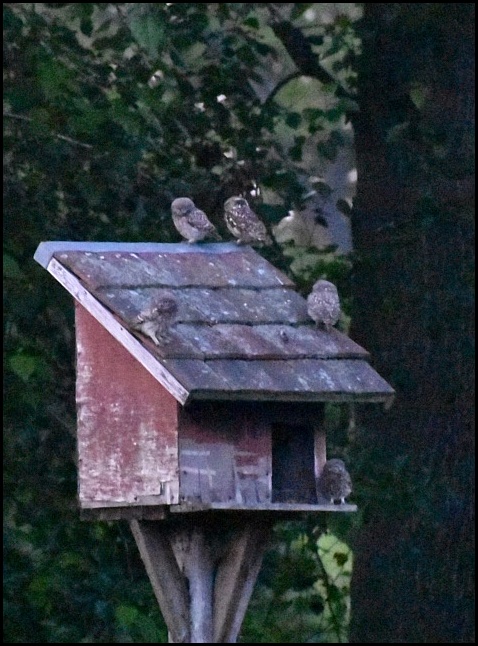