WWT Slimbridge     A GLOSSY IBIS flew in to the Rushy at 1:45pm. It was mobile around the grounds, sometimes showing very well until 4:55pm at least. Also a distant Whinchat still on the Middle Point fence line this afternoon. (James Lees). Pics by Mike. 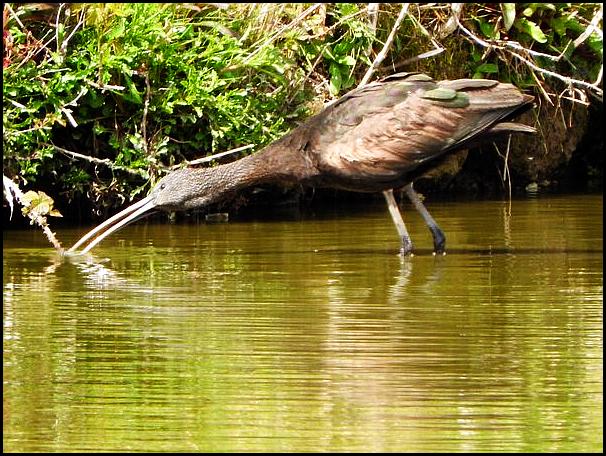 Witcombe Reservoirs     Two male Little Grebes trilling, a Little Owl in the roost tree near Great Witcombe, seen from the Reservoir and a Cetti’s Warbler singing well in the SE corner of No.1 reservoir, 2nd record. (Gordon Avery).