Winchcombe     At 8:15am a LESSER SPOTTED WOODPECKER in a private garden in an old apple tree foraging for insects. (Gill Worthington). Record shot by Gill. 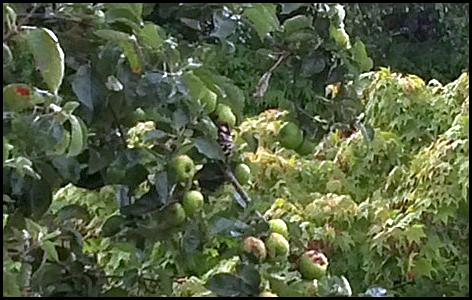