Cleeve Hill     A male RING OUZEL viewed from the bench below the mast station on at 1:25pm. (Michelle Davies/Martin Greenish). This evening a male RING OUZEL in and around the Enclosure and two male RING OUZELS in a tree from SO993256. (Mark Dowie). Male and female Wheatear by the masts at 4pm. The male BLACK REDSTART still present at the far end of the new enclosure in bushes. Also a Red Kite. (Mark Easterbrook). Pic by Mark.

WWT Slimbridge    Two Little Ringed Plovers on the Tack Piece flew off high N at 9:30am. Two Willow Warblers singing near the Holden Tower. A MARSH HARRIER flew N over the Dumbles at 10am. (Neil Smart). From Zeiss hide eight Knot on the scrape and the GREAT SKUA mid river sat on mud bank. (Ian Hull). A MEDITERRANEAN GULL on the Rushy today. (Roy Kinchin).

Frampton    400+ Sand Martins and a Swallow on the Sailing Lake at 8:30am and a Willow Warbler ringed. (Roy Bircher). Also at the Sailing Lake a Green Sandpiper and three Kestrels. At Court Lake three Teal (2m, 1f), a pair of Oystercatchers, three Mistle Thrushes and a Fox. From Splatt Bridge a female MARSH HARRIER at 1:50pm and a Swallow. (MK). At Court Lake this evening a Cattle Egret came in to roost with three Little Egrets. (Mark Easterbrook). Pics by Mike. 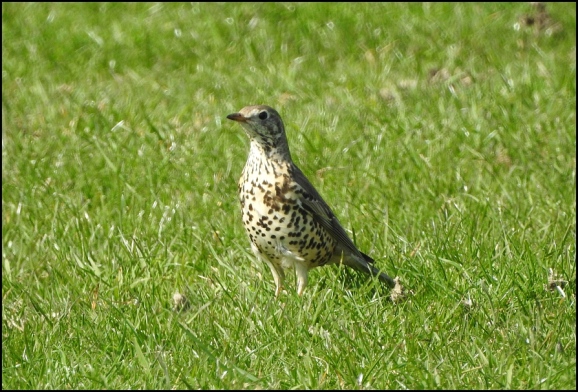 Forest of Dean     At Nagshead four Buzzards, a Treecreeper, three Redwings, two Goldfinches, a Hawfinch, two Nuthatches, a Goldcrest, a Blackcap, a Jay, a Mistle Thrush and a Greylag. (Martin Russell). Pic by Martin. 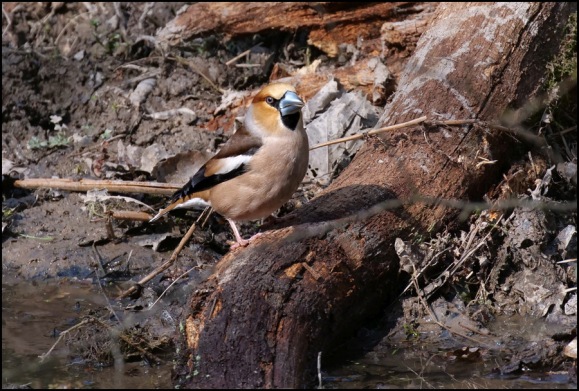 Stinchcombe Hill     A male Wheatear and movement of small flocks of Meadow Pipits and a few Siskins W. (James Robinson).