WWT Slimbridge     A TEMMINCK’S STINT on the island with the nesting Common Crane from Zeiss hide from 2:15pm, always fairly distant. First record since the WWT bird in September 2015. (Ian Hull). Record shot by Mike. 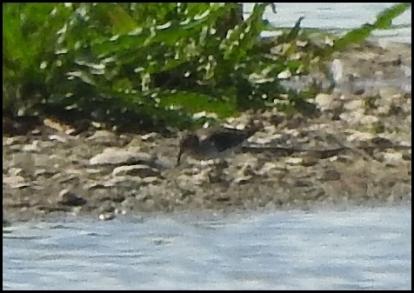 Cheltenham    A Peregrine seen over Pittville Lawn this morning at 10am. (Howard Taylor).

Maisemore     At Church Road on Maisemore Court Lake this morning birds included two unringed male Wood Ducks still and the male Red Crested Pochard. Apparently a local said that the Wood Ducks had been released in the last week but from where is unclear. (Chris Snook). Pics by Chris.

Gretton     A Wood Mouse scavenging for seed beneath a bird feeder today and frequently being chased away by Blackbirds. (Roger Wasley). Pic by Roger.