WWT Slimbridge     First two Bewick’s Swans of the winter feeding on Dumbles. Two White-fronted Geese and the juvenile Greenland White-fronted Goose on the Tack Piece. (James Robinson/Neil Smart). A Spotted Redshank on the small island on South Lake. (Ken Mihill). Also today 515 Black-tailed Godwit with 40 Knot and 10+ Ruff on South Lake, 21 Grey Plovers at Mid Point and a WATER PIPIT on the Tack Piece. (Slimbridge Sightings). A Snipe on the Rushy. (Paul Dunham). Pic by Paul.

Frampton     This morning a Whooper Swan on Court Lake, no sign this afternoon, and a redhead Goosander. The Tawny Owl returned to the regular winter roost, a female Red Crested Pochard and the male Pochard x Ferruginous Duck hybrid and 34 Pochards on the Sailing Lake. Also today a Chiffchaff singing, four Lesser Redpolls, six Siskins, a Green Sandpiper and a Little Egret. A Great White Egret and a Stonechat from Splatt Bridge. (Nick Goatman/James Robinson/MK). Pic by Mike. 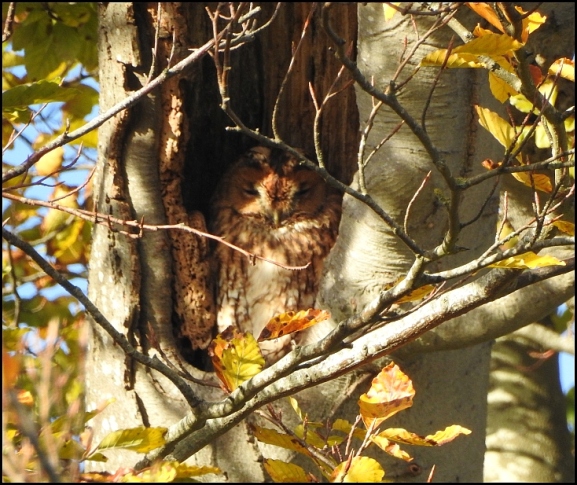 Longney     A male Merlin at mid day flying low from the river over a field. (Greg Anderson).