Forest of Dean     The GREAT GREY SHRIKE still on Crabtree Hill this morning. At Woorgreens, Goosanders, Siskins and Lesser Redpolls. (Roy Kinchin/Dave Clarke). At Nagshead today five male Bullfinches, a Song Thrush, a Goldcrest, a Goldfinch, a Jay and a Buzzard. (Martin Russell). Pics by Martin. 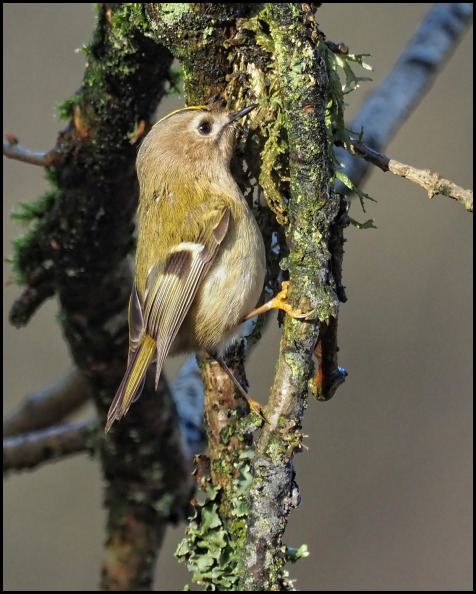 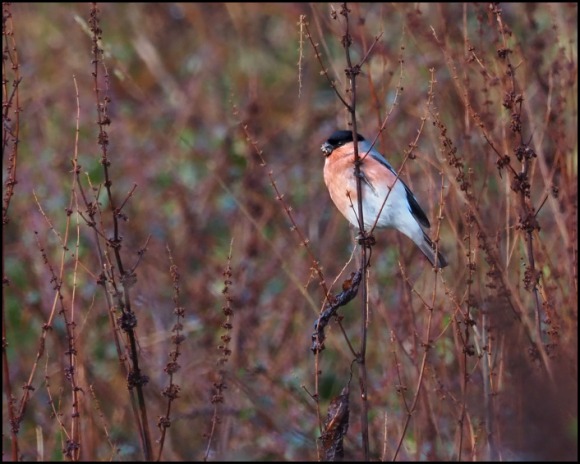 Cotswold Water Park West     The LESSER WHITETHROAT possibly of the Eastern race blythi still at Shorncote reedbed along the stream beside the footpath, usually by the last bramble covered hawthorn just before the deepest flood on the path. Park at South Cerney playing field car park at Upper Up at SU043969 and walk W along the footpath to SU03669682. This bird is secretive and requires patience. Wellies are a must, the footpath is underwater from sewage farm run off in places. Other birds included a Grey Wagtail, Cetti’s Warblers, Chiffchaffs, three Reed Buntings, a Little Egret and a Water Rail. (John Grearson/Neil Smart). Pic by Neil. 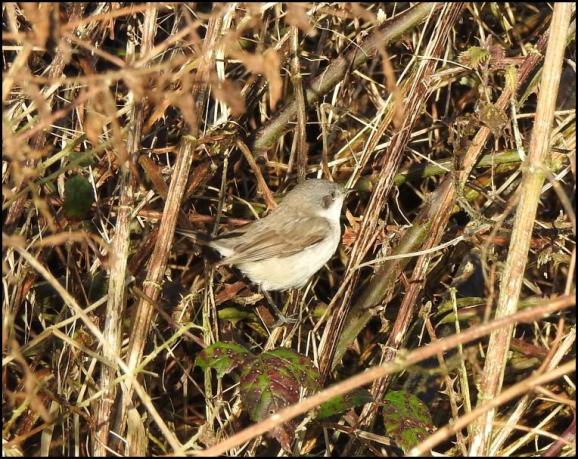 Frampton     No sign of the Twite in an hour’s search in the game crop at SO 74504 06378 S of Denfurlong Farm (known locally as Cool’s Farm). The finch flock is still present so it’s likely to still be with them. The game crop is tall so the only chance of connecting is when they perch on surrounding trees or hedges occasionally. 100+ Linnets, 30+ Chaffinches, a male Brambling, a female Greenfinch and a female Bullfinch this afternoon. (MK).