From Mike Smart: Les Brown’s funeral will be on Monday 27th January at Worcester Crematorium at 1pm. His son Peter has said that any of his friends will be very welcome to attend. This photo was taken on Les’s 80th birthday at The Boat in Ashleworth. RIP Les. 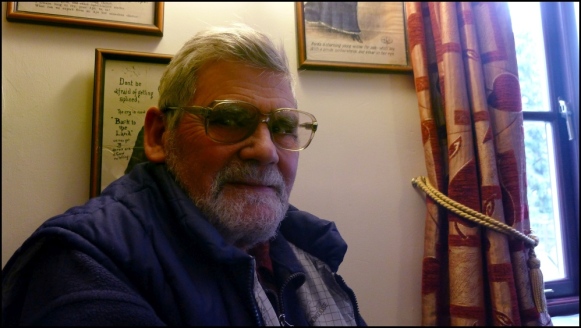 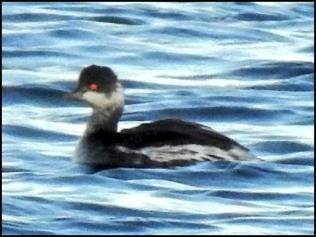 The LESSER WHITETHROAT possibly of the Eastern race blythi still at Shorncote reedbed along the stream beside the footpath, usually by the last bramble covered hawthorn just before the deepest flood on the path. Park at South Cerney playing field car park at Upper Up at SU043969 and walk W along the footpath to SU03669682. This bird is secretive and requires patience. Wellies are a must, the footpath is underwater from sewage farm run off in places. Also a Siberian Chiffchaff and 3+ Chiffchaffs. (Terry Grant).

Frampton     A BITTERN near the 100-Acre, viewed from the towpath, and lots of Snipe this morning. (Mike Davis). On Court Lake at lunchtime eight Pintails, two male Pochards, 28 Gadwalls and five Wigeon. (Nick Goatman).

Over     Five Whooper Swans still on the flooded field next to the River Leadon behind Over Farm Market viewed from the path up to to Lassington Hill this morning. Also 51 Mute Swans. (Mike Smart).

Stroud     A Dipper and a Kingfisher at Lodgemore Mill today. (Richard Williams).

WWT Slimbridge    Eight Pink-footed Geese in fields to the N of the Tack Piece, 118 White-fronted Geese from Kingfisher hide and the CATTLE EGRET on South Lake this morning, but not by midday. Also a pair of Oystercatchers here. From Zeiss hide two Egyptian Geese, 45 Dunlins, four Black-tailed Godwits, a Golden Plover, 6+ Snipe, a Water Rail, a Peregrine, a Sparrowhawk, a Cetti’s Warbler and a Reed Bunting. Another Snipe from Martin Smith hide. (Martin McGill/Alan Waterman/Neil Smart/MK). Snipe pic by Mike, Reed Bunting pic by Alan. 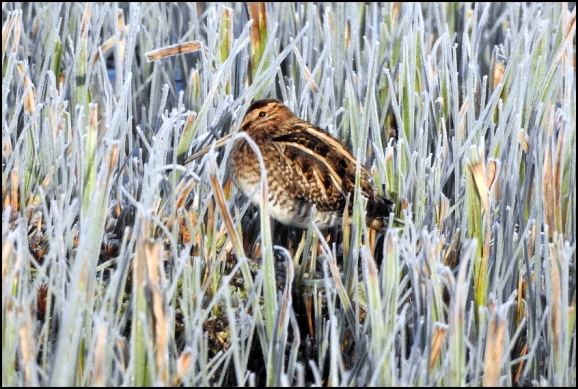 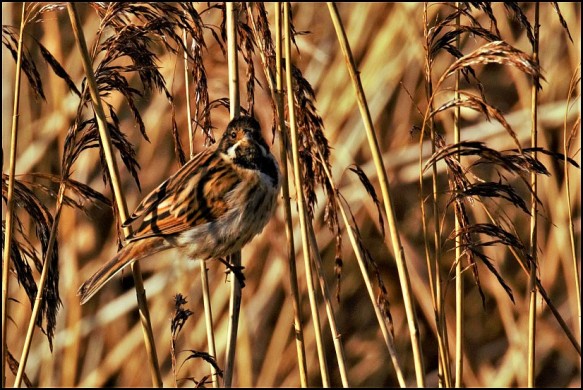 Nympsfield     A Woodcock flew across the road at Nympsfield crossroads at the top of Frocester Hill at 5:20pm. (Jon Dexter).