Avening      Two QUAIL calling this evening in the vicinity of Star Farm at ST890967. (Peter Chappell).

Dursley     A female Mandarin with seven ducklings on the River Cam on the new housing estate where the Lister factory used to be. (Neil Smart).

Halmore     A Hobby over the fields this morning heading W, also a Little Egret and a pair of Grey Herons over. In the woods a Treecreeper, a pair of Blackcaps feeding young, a pair of Mistle Thrushes feeding young at the top of an oak and at least two Goldcrests. (Chris Newton). Pics by Chris.

Cirencester     Two Swallows at Oxpens, three Swifts over the Church and two Goldfinches in the churchyard. (Felicity Cobb).

Saul Warth    At high tide this morning a COMMON SCOTER, an Arctic Tern, a Shelduck with ten ducklings, five Curlews, three Oystercatchers, three Ringed Plovers, three Dunlins and a female Marsh Harrier and a pair of Common Cranes over the 100-Acre. (MK). Pics by Mike. 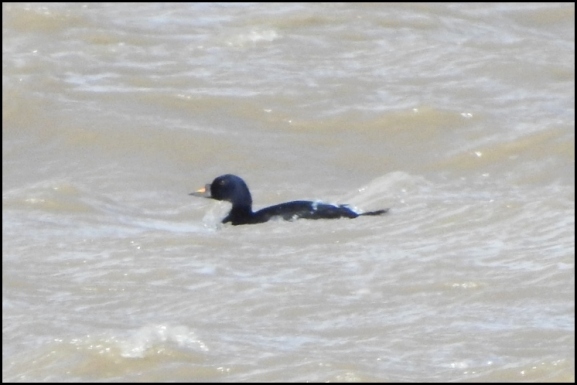 Newnham-on-Severn     A Peregrine caught a Collared Dove in the garden then stayed around and finished the kill. An amazing garden record. (Alison Phelps). Pics by Alison.

Halmore     A Hobby wheeling over the fields here this morning, then settled briefly in an oak tree. (Chris Newton). Pic by Chris. 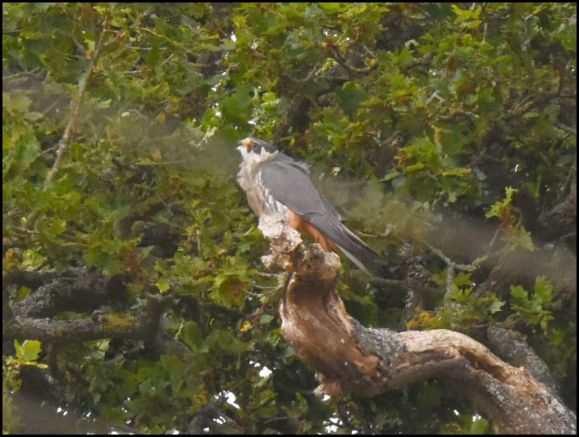 Forest of Dean     Nightjars back at at least seven sites tonight. (Ben Locke).

Halmore    In woods here this afternoon a Spotted Flycatcher, a Goldcrest and a Treecreeper, several Willow Warblers, a Blackcap, a Great Spotted Woodpecker and two Buzzards. (Chris Newton). Pic by Chris. 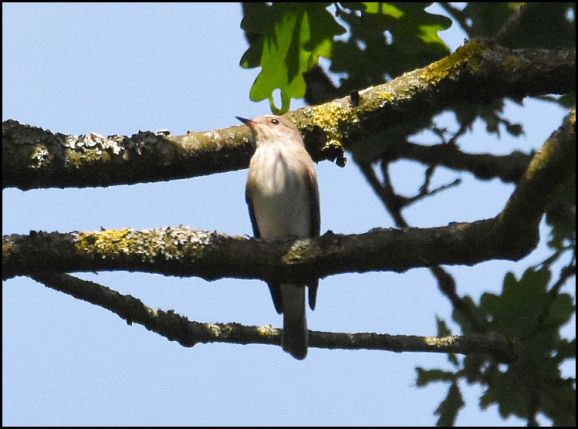 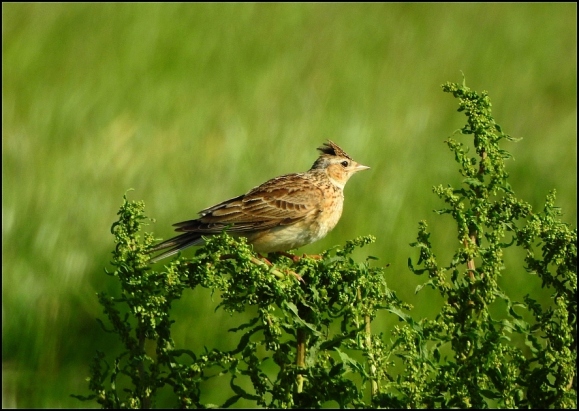 Forest of Dean     A pair of Goldcrests at Speech House, the male displaying. At Woorgreens a Garden Warbler, a Siskin and a Tree Pipit. At the dragonfly ponds many Broad-bodied Chasers, Four-spotted Chasers, Large Red Damselflies, Common Blue Damselflies and White-legged Damselflies. On Crabtree Hill 6+ Linnets, 6+ Willow Warblers, a pair of Stonechats and a female and a juvenile Crossbill. In the woods a Wood Warbler and two Wood Whites at Drybrook Road Station. (MK/Bridgette King). Pics by Mike. 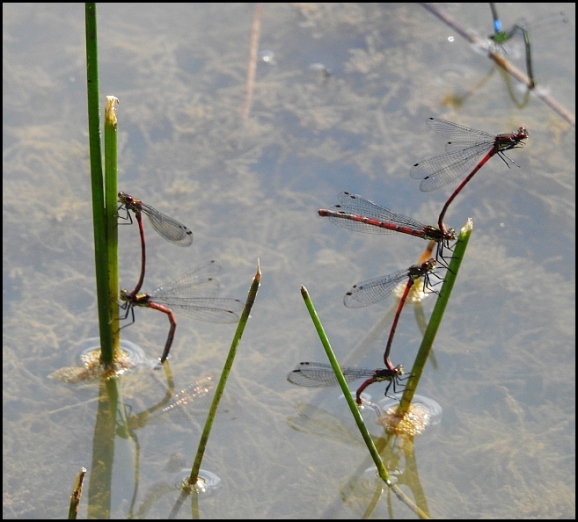 Tewkesbury     A Cuckoo singing on the Ham. Pied Wagtails have fledged locally and lots of Banded Demoiselles on the river. (Jeremy Squire).

Gloucester     Three Swifts, two Swallows, a Song Thrush , a Chiffchaff, a Kestrel and a Buzzard along the Horsebere Brook and in adjacent very rough fields in Brockworth. (Adam Waller). 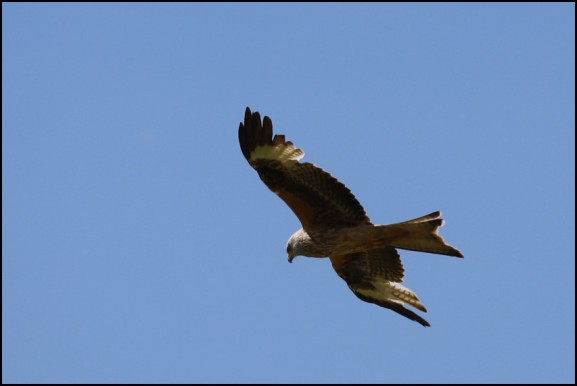 Kingscote    A Red Kite over field near Kingscote, while crop cutting was taking place at midday. (Nigel Tucker).

Forest of Dean     At Crabtree Hill a Tree Pipit, a Siskin calling and a Wood Warbler in woods nearby. A Redstart at Cannop Ponds. (Robin Nelson).

Whitminster     A TURTLE DOVE in the garden and in the nearby lane from 1:48pm until late evening. (Tanya Allen). Pics by Tanya. 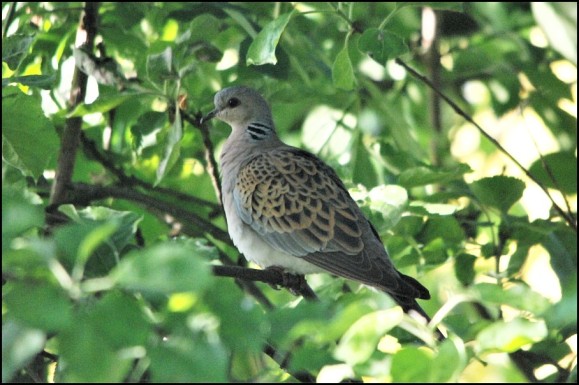 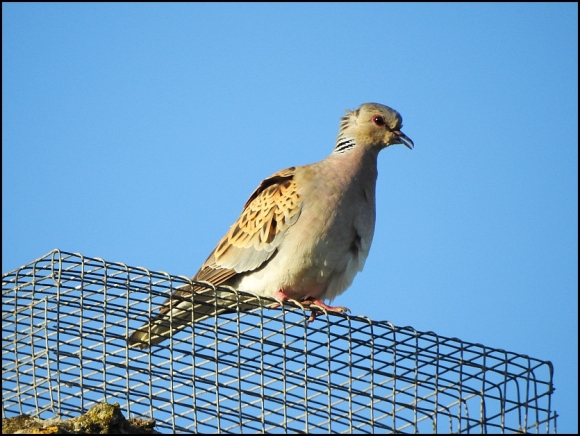 Forest of Dean     A young Dipper at Parkend and at Crabtree Hill several pairs of Stonechats, a male Blackcap and a Tree Pipit. (Paul Clark).

Netheridge Farm     A Cuckoo at the Barn Owl Centre this morning. (Mark Hobson).

Tewkesbury     A Little Egret flew over the garden E to W, a garden tick. (Les Ditchburn).

Cirencester     A Peregrine on prey on the Parish Church at 4pm. (Tim Page). Pic by Tim.

Longlevens     A Red Kite over being harassed by a corvid today. (per Gord Avery).

Cheltenham     A male RING OUZEL in a garden at Springfield Park at 4:30pm. (per Andy Chapman).

Forest of Dean    A small flock of six Crossbills in Newent Woods this afternoon. (Rob Guest). Opposite Speech House, a Bullfinch, a Hawfinch drinking in a low pool and Broad-bodied Chasers emerging from a dragonfly pool further down. Two Buzzards circling at Mitcheldean. (Chris Keeling).

Berkeley shore     A Grey Plover and three Ringed Plovers briefly before being pushed off by the tide. (Paul Taylor). 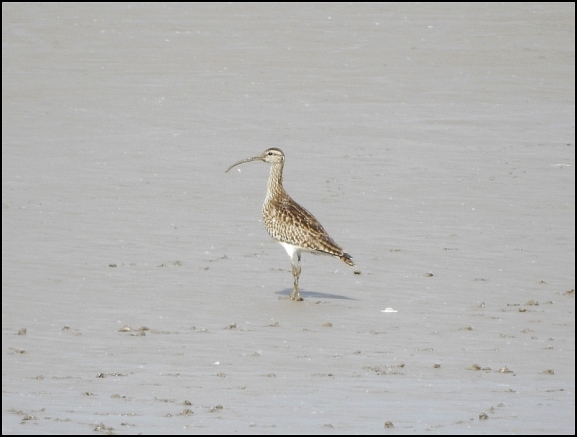 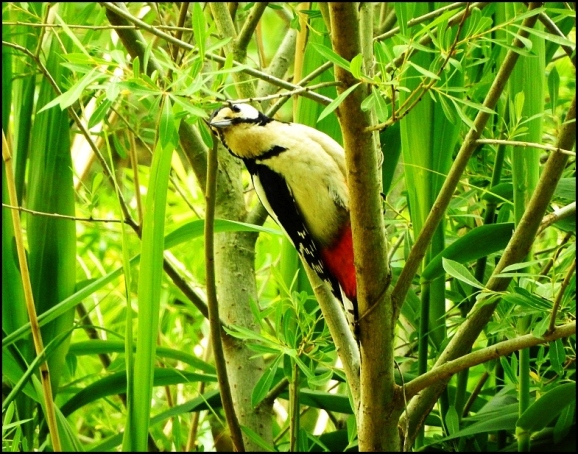 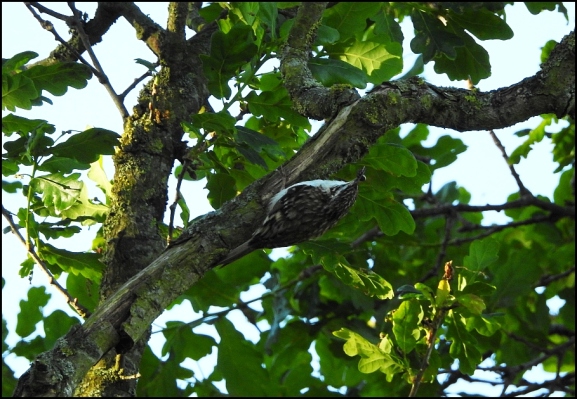 Cotswold Water Park West     At Pit 127 a pair of GARGANEYS seen from Dudgrove Lane, staying very close to the bank, and seen only intermittently. Also a minimum of 20 Common Terns and a pair of Oystercatchers. (John Durell).

Frampton     At the Sailing Lake, three Yellow Wagtails, a Common Sandpiper, six Common Terns and c200 Swifts and at Court Lake a Hobby, an Oystercatcher and a Red Kite. At Splatt Bridge a Cuckoo, a Cetti’s Warbler and a Sedge Warbler. (Vic Polley/MK).

Cirencester     Two Peregrines perched on the same side of the parish church in the shade overlooking the church porch. (Dave Soons).

Nailsworth     A PURPLE HERON flew low over the garden NW towards Selsley/Frampton at 4:20pm. (Francis Steuck). 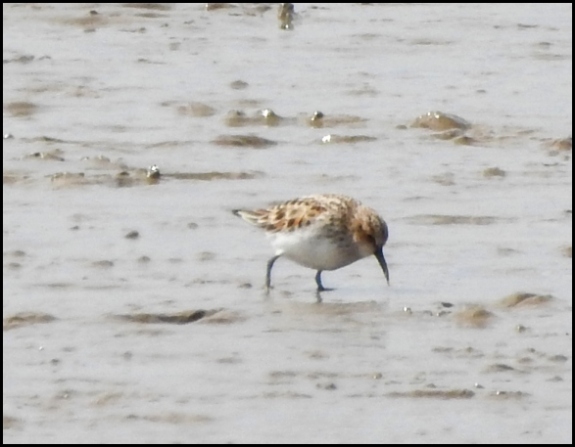 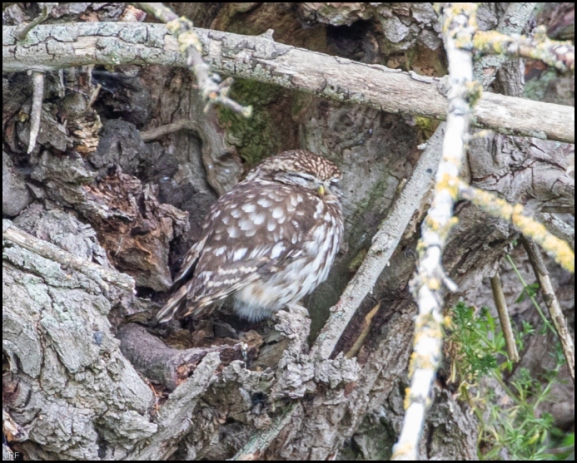 Sharpness to Berkeley Pill     Along the Severn this morning two Yellow Wagtails, Skylarks singing, a Sand Martin with Swallows, a Little Egret and a Red Kite flying upriver. (Dave Emery).