Frampton     At Splatt Flashes a Goshawk being ushered back across the river to the Forest by a crow and a gull at 8:10am. A GREAT WHITE EGRET stood on the gate N of Mid Point viewed from Splatt at 8:15am. (MK). 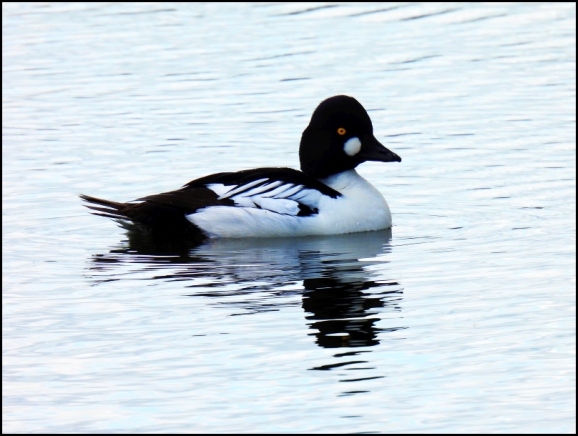 Cotswold Water Park East    At Pit 127 13 Common Terns perched on one of the islands, an Oystercatcher, two Egyptian Geese and a Cuckoo calling from trees between Pit 127 and 126. (John Durell).

Forest of Dean    Today at Edge Hills three male Cuckoos, two pairs of Stonechats and six Tree Pipits singing. (Rob Husbands). A Dipper by the cycle shop in Parkend and a Kingfisher at Cannop Stoneworks this morning. (Bettie Sloane). At least three Spotted Flycatchers, three Redstarts and a Treecreeper today at Nagshead. (Ian Sheriffs). At Cannop Upper pond today, five male Mandarins and a female and a Great Spotted Woodpecker at the bird table. (Chris Keeling).

Sandhurst     This morning two pairs of Mute Swans, one still incubating, one with seven cygnets, c50 Mallards, a pair of Tufted Ducks, at least three Grey Heron nests with almost full-grown chicks in their nests, a Redstart singing, a Sedge Warbler, 2-3 Whitethroats, 6+ Blackcaps, 3 or 4 Chiffchaffs, a Treecreeper and a Reed Bunting. (Mike Smart).