Frampton     A LITTLE GULL still on the Sailing Lake this morning. (Les Sysum). Up to 60 Sand Martins feeding and resting at 8:40am. (Mike Davis). Also this morning a Swallow, a Buzzard, a Kestrel, three singing Cetti’s Warblers, several Blackcaps and Goldcrests and many Chiffchaffs. (Nick Goatman/Chris Newton/DBWPS group). 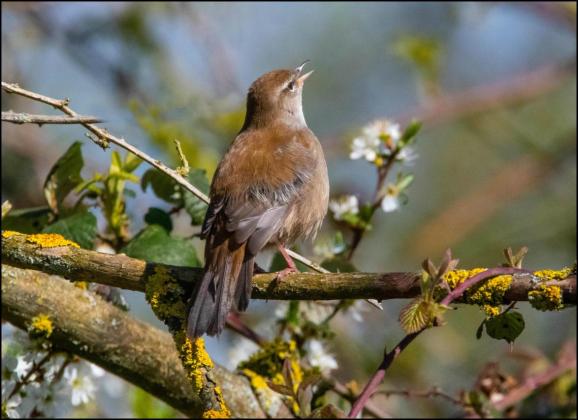 At 6pm 16 Curlews flew over Court Field and circled around heading back towards Court Lake. (Tanya Allen).

Cleeve Hill    This morning a Wheatear, c150 Fieldfares and 20+ Redwings worming with c50 Fieldfares over high up, also two Stonechats, seven Golden Plovers over and a Tawny Owl on the approach road. (Tom Mabbett).

Forest of Dean     A pair of Peregrines at Nagshead and a Goshawk at New Fancy View this morning. Another Goshawk at Crabtree Hill and a Crossbill. (Marcus John). Also at Crabtree Hill today eight Crossbills, 12 Lesser Redpolls, two Willow Warblers and three pairs of Stonechats. At Nagshead a Red Kite over and a Stock Dove. (Jonny Gentle).

A female Kestrel at Edge Hills this morning chased off by at least 40 Siskins. (Owen Follis).

Minsterworth Ham     This afternoon three Curlews, a Green Sandpiper and five Linnets and in a grass field being ploughed up, several hundred Black-headed Gulls and at least 20 Lesser Black-backed Gulls. (Mike Smart).