Quedgeley    40+ WAXWINGS still at Woodvale, Kingsway throughout the day feeding on hips along the footpath around SO814138. (MK/Richard Tyler/Martin McGill). Pics by Richard (1st 2) and Mike (3rd). 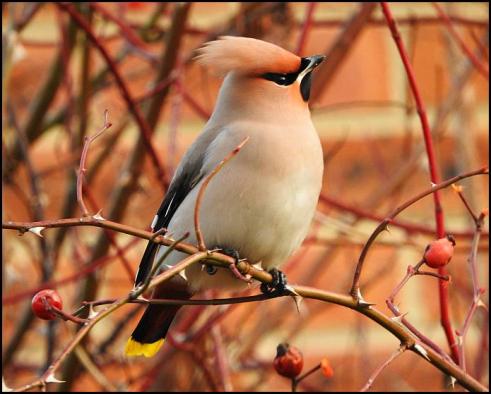 WWT Slimbridge     A BITTERN from showing well from Zeiss hide at 11:40am. The annually returning full-winged unringed Ruddy Shelduck in with captive birds in the collection. 150 White-fronted Geese flying around the Zeiss scrapes late morning and 15+ Snipe. (MK). Pics by Mike.

Kingswood    15 Lapwings and a Kestrel by Park Mill Farm. Also in adjacent fields 45 Fieldfares and 38 Redwings and a Mistle Thrush. A Little Egret in a field next to Ash Path, a Raven over, two Lesser Redpolls with c15 Goldfinches and 14 Blackbirds. A Nuthatch in the church graveyard and two Dippers on the Little Avon on the opposite side of road to Tubbs Turf. (Tom McCarthy).