Cotswold Water Park East     A near summer-plumaged KNOT on the sandbank at the eastern end of Pit 126  (Bowmoor Sailing Lakes) from 9am to late morning at least, a very good bird for CWP. (Duncan Dine). Also two Dunlins and a Kingfisher. (John Durell). Pics by Duncan (1st) and Richard Tyler. 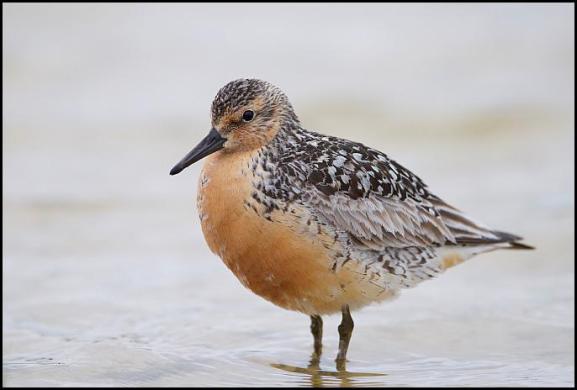 Dowdeswell Reservoir     A pair of Great Crested Grebes with two young and a second brood on their back, two Common Sandpipers, a Hobby over chasing House Martin and four Mute Swans. (Tom Mabbett).