Posted on December 8, 2019 by The Gloster Birder

WWT Slimbridge     Eight Pink-footed Geese on the Dumbles, a Turnstone on the Tack Piece and a Red Kite over the Top New Piece. (Roberta Goodall/Kerry Lloyd). Pics below of Shoveler, Pintail, Curlew and Curlew and Rook by Paul Dunham. 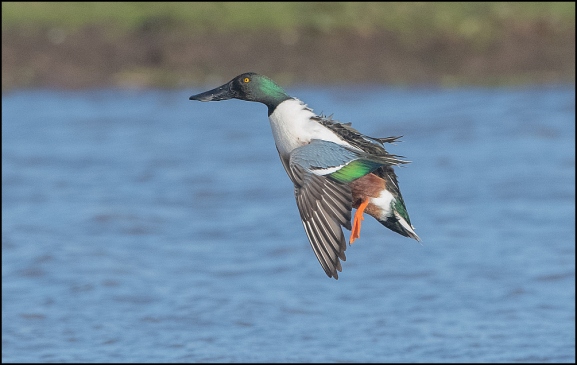 Berkeley shore     A Common Sandpiper and five Jack Snipe at the Pill, a Turnstone on the foreshore and two Stonechats today. (Paul Taylor).

Forest of Dean   At  Newlands, near Lower Redbrook at 12:30pm SO545082, a Red Kite soaring over the valley between Astridge Wood and Oxpasture Wood, seen for a long period. Also two Buzzards and a Raven. Later a Sparrowhawk took off from the ground along nearby Rookery Lane. (Andrew McDermid). At Cinderford Linear Park, nine Bullfinches and two Buzzards. (Chris Keeling). Two Dippers at Cannop ponds picnic site this morning. One (at least) was colour ringed. No sign of the Shrike on Crabtree Hill. (Derek Hale). Pic by Derek.

Brimscombe     A Kestrel drifting low over Orchard Lane Park at 11:30am. (Nikki Smith).