Posted on February 6, 2022 by The Gloster Birder

Pillhouse Rocks, Tidenham     A WATER PIPIT on the shoreline at Sturch Pill at ST 56745 95026 then flew over the hedge to a flooded field and feeding with Meadow Pipits today. Also two Rock Pipits. (Greg Mabbett).

Turkdean    At least 200 Bramblings feeding under the line of beech trees just outside the village this afternoon. (Tom Mabbett).

Frampton     Late morning/early afternoon, birds around the lakes included three Mandarins (2m, 1f), a large flock of Long-tailed Tits, three Cormorants together in a tree and the regular roosting Tawny Owl in Court field. On the A38 Fromebridge Mill roundabout, a male Kestrel hunting from a tree. (Nikki Smith).

Brimscombe/ Thrupp     At Park Wood a Treecreeper, a Jay and a Raven circling over. (Nikki Smith).

Forest of Dean   A Grey Wagtail and two Dippers just downstream of the bridge near Dean Forest Cycles. (Michael Tomkins).

Stonehouse     At Stanley Downton three Buzzards, a Raven, a Green Woodpecker and two Little Egrets. A Cormorant on the canal near St Cyr’s church and the Kingfisher at the Ocean bridge this morning. (Paul Sutton). 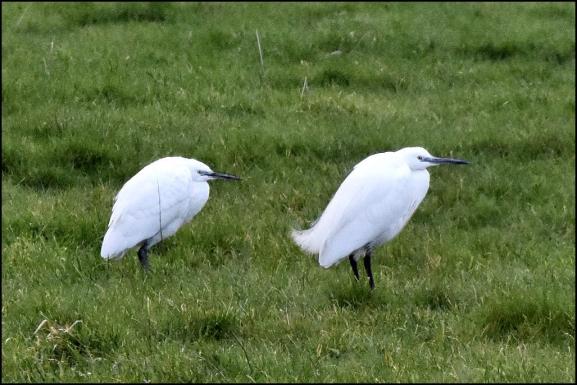