Saul Warth    The WATER PIPIT again flew in from Frampton at 2:25pm but was very flighty. Also a two Grey Herons, a Little Egret, a Lapwing, three Redshanks, 6+ Curlews, six Dunlins, a pair of Ravens, a Skylark, 25+ Meadow Pipits, a Chiffchaff in Hock Ditch, two Buzzards including the white Buzzard sat in Dunstalls Wood. On the newly ploughed field behind the Sewage Works 200+ Black-headed Gulls, 10+ Common Gulls and 6+ Pied Wagtails. (MK). Pic by Mike. 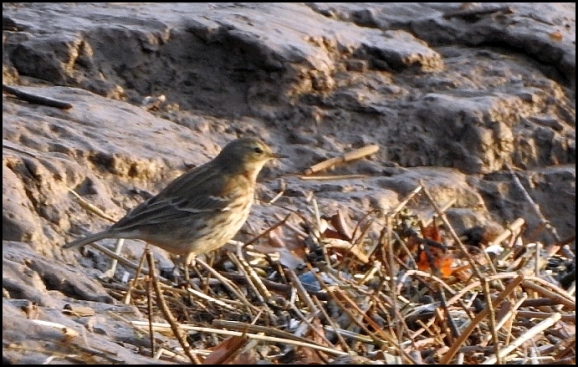 Whittington     A ringtail HEN HARRIER at 2pm today and a SHORT-EARED OWL flushed next to the footpath. (Duncan Dine).

Awre    Five Common Cranes flew into a maize field at 10:30am. Also 19 Dunlins, 90 Curlews, 300+ Lapwings, a Redshank, a Bullfinch and two Buzzards. Also lots of Redwings and Fieldfares. (Dave Smith).

Cheltenham   In Pittville Park this afternoon 27+ Fieldfares in a London Plane tree and a Goldcrest heard nearby. (Howard Taylor). 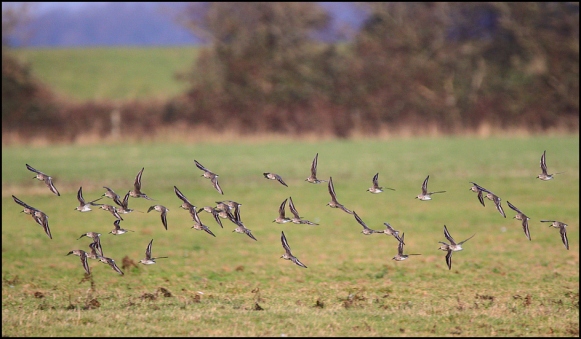 Another pic by Terry below.