Aylburton    An OSPREY flying N past the house between Aylburton Common and the Severn Estuary at 6:30am. (Jonny Gentle).

Brockworth     A WOOD WARBLER at Henley Bank Plantation singing at the entrance to the plantation this morning. (Terry Fenton). Pic by Terry. 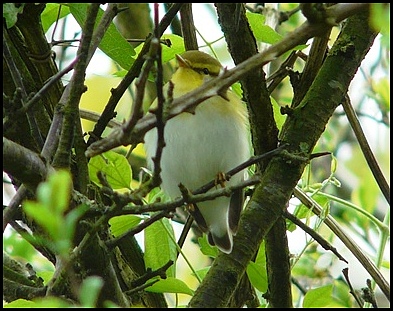 Sharpness     A singing WOOD WARBLER this morning in trees along the back of the pool at SARA. This evening it had moved to the marina car park. (Andy Jordan). Pic by Andy. 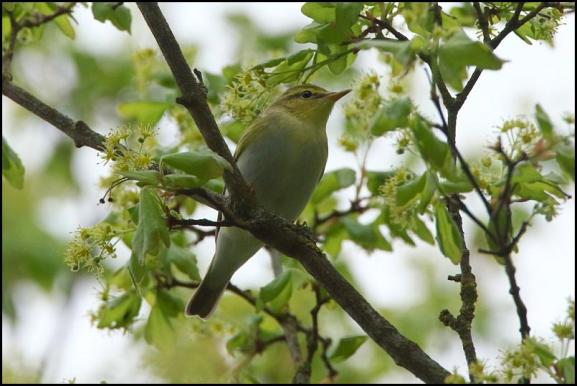 May Hill     This afternoon a male Blackcap, four Willow Warblers seen many singing
a Chiffchaff seen and several heard, a male Redstart, two Buzzards and a Swallow. (Alan Hooper). Pic by Alan.

Chipping Campden     A House Martin seen close to traditional nesting sites. Also a pair of Goldfinches at the S edge of the village. (David Bingley).