WWT Slimbridge     The near-adult WHITE-WINGED BLACK TERN seen earlier at Frampton appeared briefly on South Lake at 10:10am and then flew to the Tack Piece, but flew N after 15 minutes. It came back to South Lake at 1:05pm briefly then flew off N over the Centre again but returned to South Lake at 1:40pm where it remained until 4pm when it flew N again. (Martin McGill et al). 1st two pics by Andy Jordan, the other two by Mike. 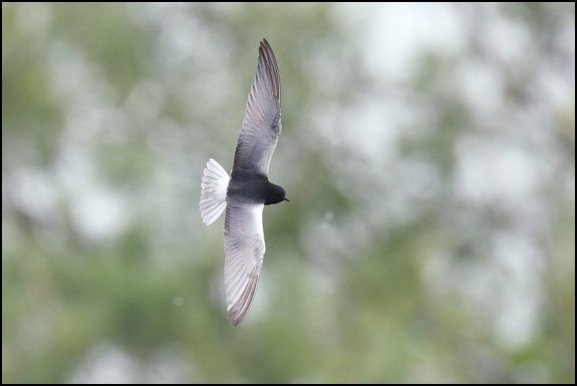 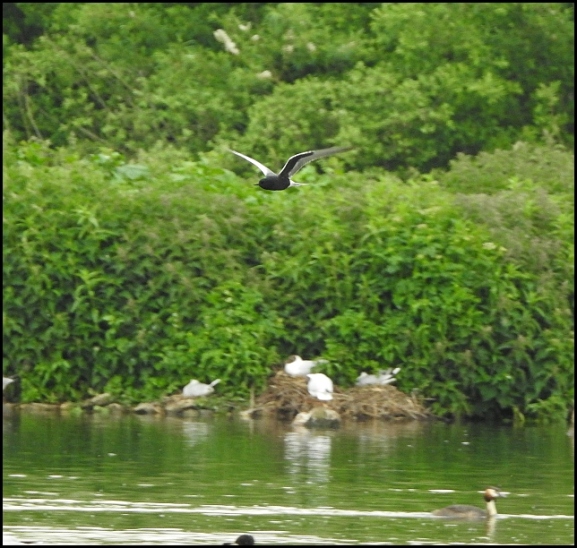 Also today a drake GARGANEY, 24 Avocets and a Mediterranean Gull on the Rushy, two drake GARGANEYS each side of the Van Den Bovenkamp hide, a Cuckoo and two drake Wigeon along South Finger, a SPOONBILL from Zeiss hide, 62 Black-tailed Godwits, a pair of Little Ringed Plovers, an adult Oystercatcher with two chicks on South Lake, and a Red Kite seen off by the Godwit flock. (Tom & Greg Mabbett/Mark Hobson/John Budd/MK). Pics by Mike.

Tewkesbury     A Hobby at 10:15am over Priors Park then headed toward Tewkesbury Nature Reserve. (Tim Cash).

Cheltenham     At Pittville Lawn at 8 am a Buzzard heard overhead, four Jays mobbing a Grey Squirrel and a Mistle Thrush searching for food. (Howard Taylor).