Broadoak     At 1:30pm today an adult KITTIWAKE, and an adult gull showing characteristics of Caspian Gull. In a strong wind, poor light, and at 300 yards it was impossible to get proper details, but the dark eye, contrasting with a pure white head, pale straw legs, and lack of a gonydeal angle suggested Caspian. (John Sanders). Pic by John.

Coaley     A Red Kite flew over today at 2:30pm, circled over the garden and then flew towards Frocester. (Paul Skirrow).

Cotswolds     Around Guiting Wood and Roel this morning 50+ Corn Buntings, in stubble field to NE of Roel Gate, 80-100 Golden Plovers in the field down the road towards Guiting and 30+ Chaffinches. (Dave Pinner). 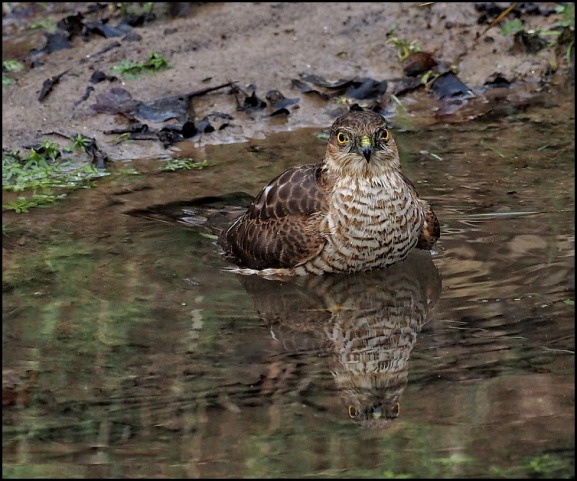